German government that tries to block mosques’ and Islamic union’s economic support, said they were considering the introduction of a "mosque tax" for German Muslims.

Lawmakers from Germany's grand coalition government are mulling introducing a "mosque tax" for the country's Muslims.

"AN 'IMPORTANT' STEP FOR THE DOMESTIC ORIENTATION"

Mosques in Germany currently rely on donations amid concerns about their possible financing by foreign organizations and governments. All this comes in light of the growing clout of the Turkish-Islamic Union for Religious Affairs (DITIB), which is directly controlled by Ankara and is considered to be one of the largest organizations contributing to Muslim religious institutions in the country. 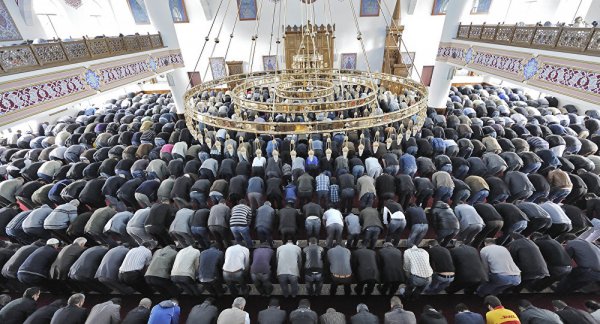 In Germany, church taxes are collected from practicing Catholics and Protestants in order to fund church activities. They are collected by the state and then transferred to religious authorities.

The news network quoted Thorsten Frei, a member of the governing Christian Democratic Union party, as saying that a mosque tax is "an important step" aimed at helping "Islam in Germany free itself from the influence of foreign states and get a stronger domestic orientation".

According to official estimates, between 4.4 million and 4.7 million Muslims currently live in Germany.