A Turkish father and his 17-year-old daughter were beaten by German police in the town of Ennepetal in the North Rhine-Westphalia state.

Cemil Basongen told Anadolu Agency that the police had used disproportionate force against him and his daughter, Yasemin, due to a simple incident on Feb. 3.

Basongen, who had come to Germany from Turkey in 2001 as a factory worker, said the incident occurred after his daughter had an argument with her friends, who then called the police.

"While I was waiting for her outside, the police came within five minutes. The police had told my daughter to step away and so she went downstairs [...] Because my daughter went downstairs, a female police officer angrily went after her and knocked down my 17-year-old daughter with another officer that had entered from outside [the house]," Basongen recounted.

He said he was also attacked by another male officer when he tried to separate the police from his daughter in a bid to protect her. 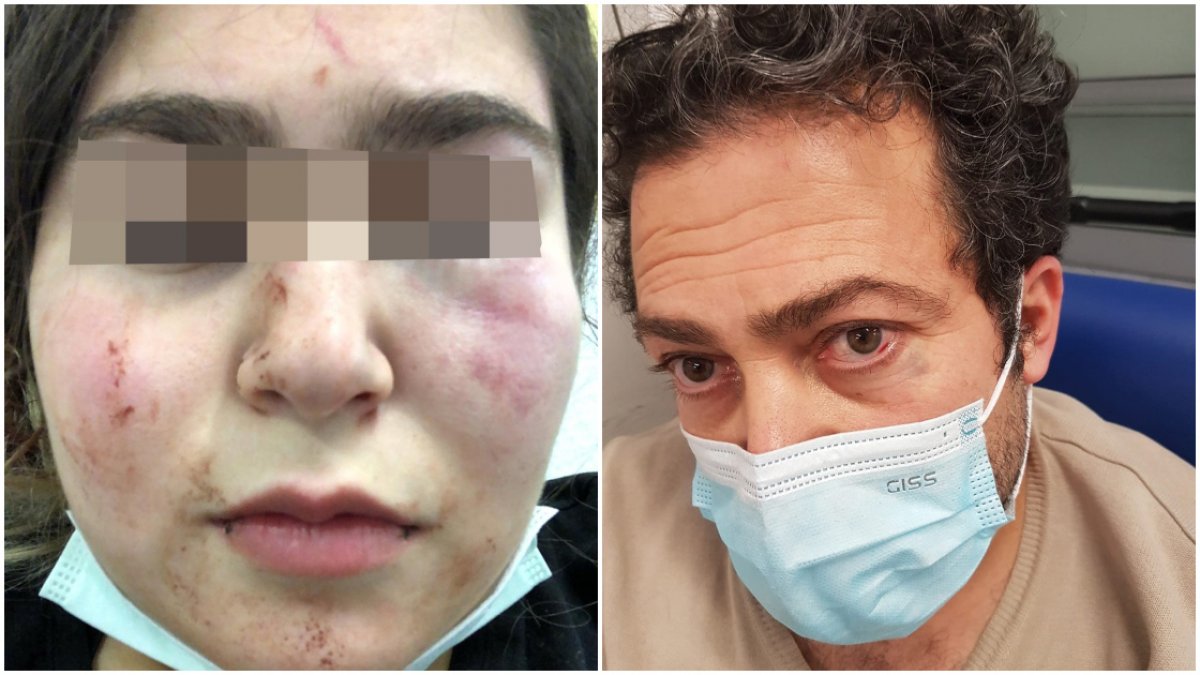 "That burly cop got on top of me. He punched me twice and I lost consciousness and he handcuffed me behind the back. At that time, they took my daughter in a police car. I was already unconscious and didn't see this," he said.

Once at the police station, Basongen said he saw his daughter's face and hair were covered in bloodstains.

"When they opened the handcuffs and let me see my daughter, her face and hair were covered in blood. Before getting out of the vehicle in front of the police station, they had severely beaten her up. Her cheekbone was broken. Her nose was bleeding. There was no need for this beating. They called an ambulance and took her to the hospital," Basongen said.

He added that his daughter said the police had threatened to kill her.

"I'll file a criminal complaint against the police and seek my rights through legal means to the end," Basongen said.