Germany is facing another democracy scandal nowadays.  Alluding to the demonstrations in France, the leader of the left-wing faction Sahra Wagenknecht posed in front of the Chancellery with a yellow jacket and called for similar protests in Germany.

Wagenknecht now tries to encourage their compatriots to a little more resistance. 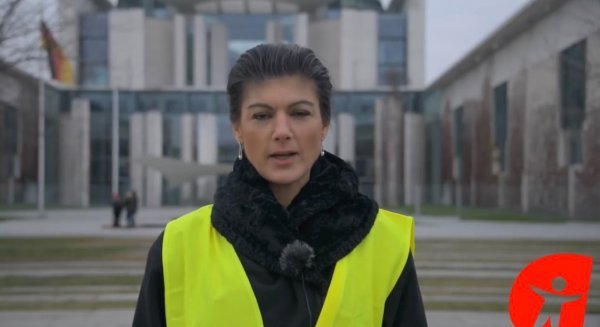 “In France, those who have not been heard by politicians for many years have raised their voices,” said Wagenknecht in a 75-second video clip posted on the website of the "rise" movement he founded last weekend. "They take to the streets against a president of the rich and have at least tore the first concessions from him, I think we need a lot of pressure in Germany". 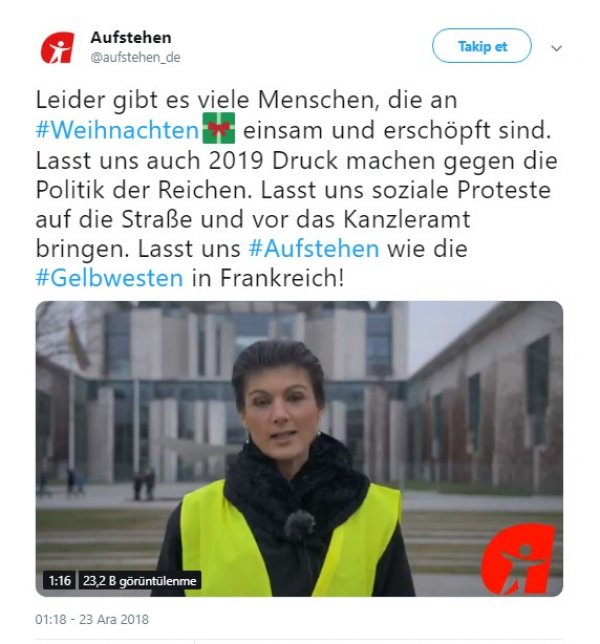 “Unfortunately, there are many people who are lonely and exhausted at Christmas. Let's put pressure on the politics of the rich in 2019, too. Let's bring social protests to the streets and the chancellery. Let's stand like the breath vests in France!” tweeted Wagenknecht.