The regime's recent military offensive on Idlib has led to fears of a humanitarian crisis and another refugee influx towards Turkey and Europe.

Germany on Monday strongly condemned the Syrian regime for its aerial bombardments and ground attacks in Idlib, a northwestern province under a nominal cease-fire.

“We condemn in the strongest possible terms the regime’s military offensive, and call for an immediate cease-fire,” he said. Breul urged all conflicting parties to contribute to de-escalation, and expressed hope that recent talks between Turkey and Russia could help ease the conflict. 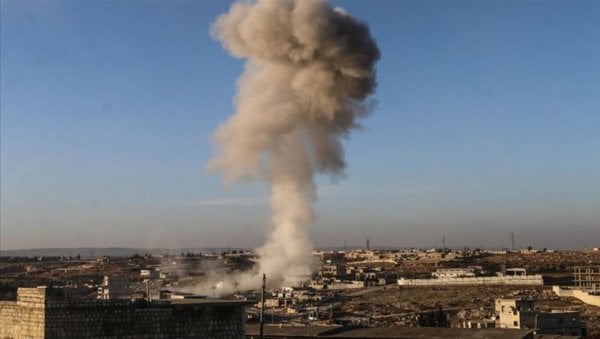 He underlined Russia’s special responsibility as one of the main supporters of the Assad regime.

On Monday, at least five Turkish soldiers were martyred and several injured in an attack by Assad regime forces on troops stationed in Idlib to monitor a cease-fire and fight terrorist groups.