Georgian Parliament Speaker Irakli Kobakhidze has resigned after some 240 people were hurt in protests at the country's parliament buildings.

The resignation came a day after thousands of angry protesters gathered outside parliament over a controversial visit by a Russian lawmaker.

Sergei Gavrilov, a deputy of the Russian State Duma from the Communist Party, addressed the assembly from the speaker’s seat during an annual meeting of the Interparliamentary Assembly on Orthodoxy, a forum of lawmakers from Orthodox countries, creating an uproar. 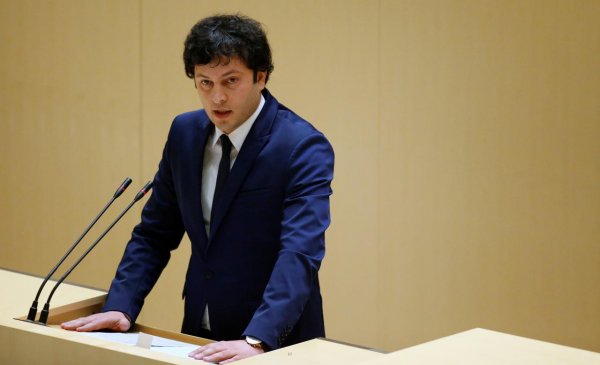 The protesters clashed with police when they attempted to break into the building. Police used tear gas and rubber bullets to push back against the crowd. The demonstrators, who numbered over 10,000, called on Kobakhidze to resign.

Russian President Vladimir Putin signed a decree Friday temporarily banning Russian airlines from flying to Georgia following the anti-Russian protests in the country. The decree will be implemented from July 8. 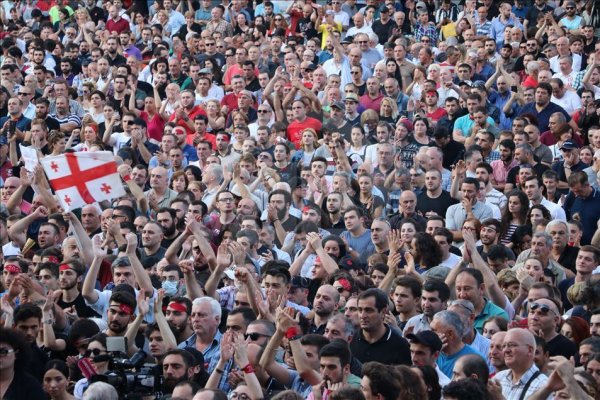 Speaking at the protest, which was organized by various political parties and nongovernmental organizations, the protesters accused the government of having an “inefficient” policy towards Russia and also demanded the resignation of the interior minister and those who organized the assembly. In the following hours, the demonstration was dispersed by police, who also used water cannons on the protesters. 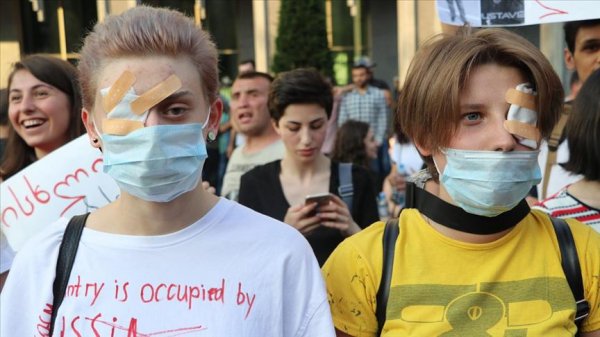 Some protesters were injured, while 305 others were arrested, according to local media. The protests are expected to continue as the demonstrators later began gathering in the area again.

Tbilisi fought a five-day war with Russia in 2008 over Georgia’s breakaway regions of South Ossetia and Abkhazia. Georgia lost control of both areas, and Russia later recognized them as independent states.