The strike that crippled public transport and closed schools across France entered a second day on Friday.

Police fired tear gas at protesters in the center of Paris on Thursday and public transport ground to a near halt in one of the biggest strikes in France for decades, aimed at forcing President Emmanuel Macron to ditch a planned reform of pensions.

The strike pits Macron, a 41-year-old former investment banker who came to power in 2017 on a promise to open up France’s highly regulated economy, against powerful trade unions who say he is set on dismantling worker protections. 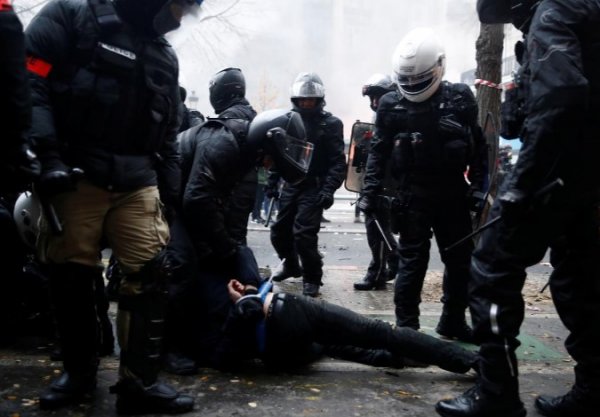 Trade unions achieved their initial objective on Thursday, as workers at transport enterprises, schools and hospitals across France joined the strike. In Paris, commuters had to dust off old bicycles, rely on car pooling apps, or just stay at home. The Eiffel Tower had to close to visitors.

On Thursday afternoon, tens of thousands of union members marched through the center of the capital in a show of force. 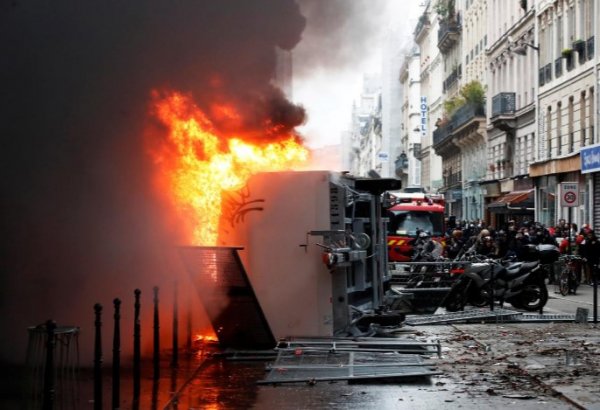 Trouble erupted away from the main protest when people in masks and dressed in black ransacked a bus stop near the Place de la Republique, ripped up street furniture, smashed shop windows and threw fireworks at police.

Striking firefighters pushed back the police lines in Paris WATCH

Police in riot gear responded by firing tear gas. Nearby, police used truncheons to press protesters. Prosecutors said, in all, 57 people were detained. 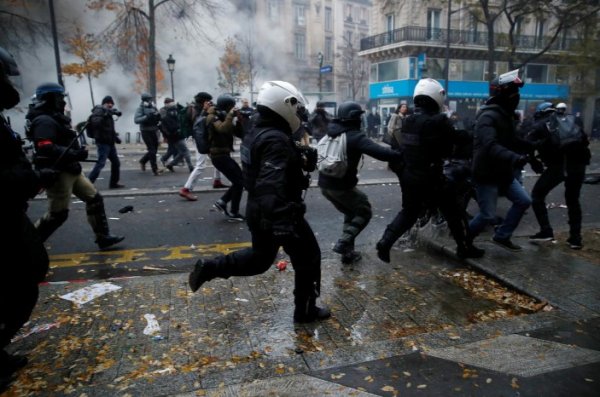 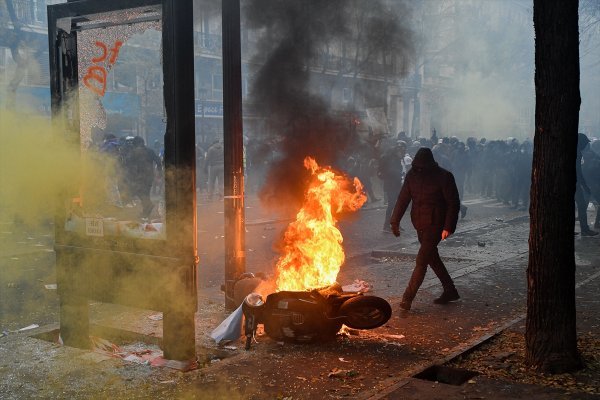 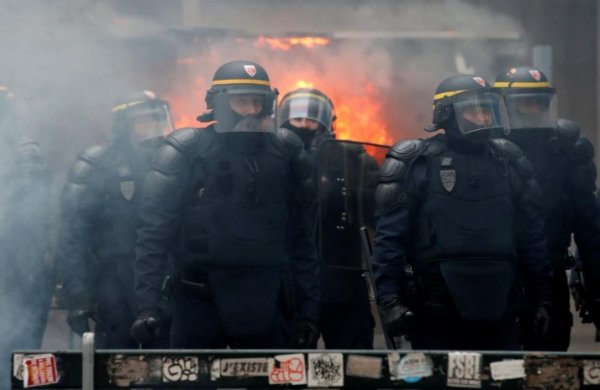