French PM: We are determined to maintain the public order

French Prime Minister Edouard Philippe on Monday said his government is determined to maintain the public order in the country.

Philippe called for the end of violence in the Yellow Vest demonstrations during his visit to four police officers attacked by Yellow Vest protestors on Saturday in Paris. Philippe said he distinguishes between those who resort to violence and those who have peaceful demands in the demonstrations. He also stressed that the more the protests continue, the more it turns radicalized. 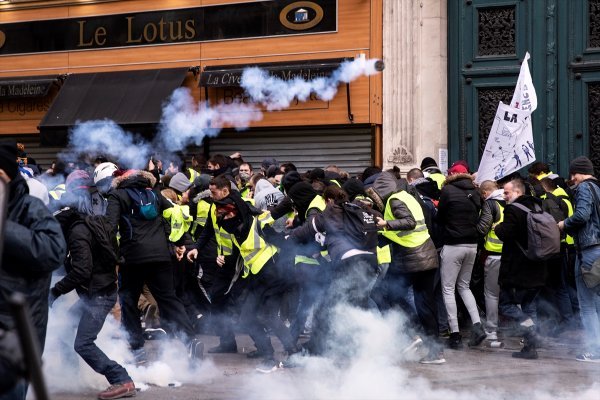 On Saturday, the protestors attacked and threw stones at four policemen at the Champs-Elysees during the demonstrations.

Some 38,600 people took part in nationwide protests on Saturday -- with at least 2,000 protestors in the capital Paris -- according to the interior ministry, while around 66,000 people demonstrated a week earlier. 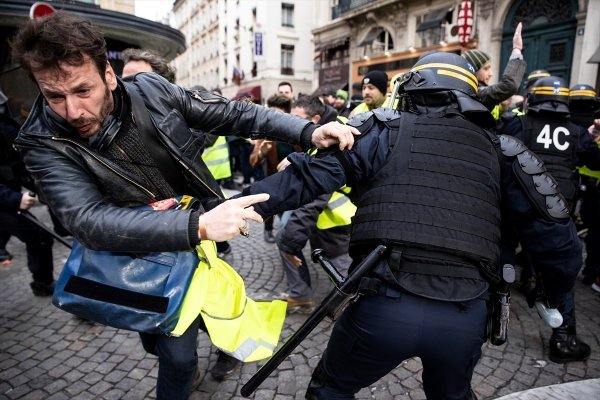 Yellow Vest protests, which started as a reaction to fuel tax hikes and evolved into an uprising against French President Emmanuel Macron, continue despite the government’s call to halt it.

At least 10 people were killed, over 4,500 were detained and more than a thousand others wounded in the protests.