At least 29 people were killed in suicide bombing in a Cairo church in 2016.

French President Emmanuel Macron on Tuesday visited a church that was the target of a suicide bombing in Cairo in 2016.

At least 29 people were killed when a bomber blew himself inside the Botroseya Church, which is adjacent to Cairo's St Mark's Cathedral, the capital's largest church and seat of the Coptic papacy, in 2016, for which the Daesh terrorist group claimed responsibility.

Macron was accompanied by Coptic Pope Tawadros II during the visit, according to a statement issued by the Cathedral Church. 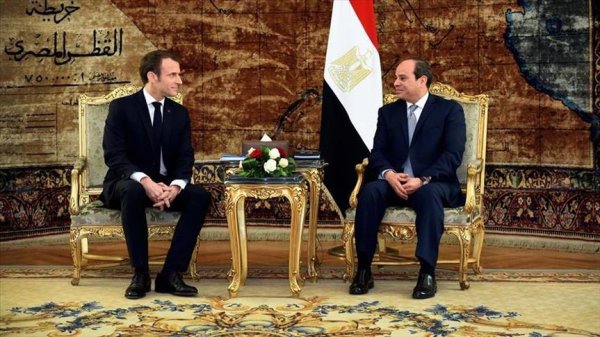 Macron is scheduled to conclude a three-day visit to Egypt on Tuesday, during which he held talks with his Egyptian counterpart Abdel-Fattah al-Sisi.

On Monday, Macron criticized Egypt's human rights record, while al-Sisi insisted that his authorities were respecting human rights, saying his country was facing a violent insurgency.