The protesters demand urgent action from the government to tackle climate change and ecological crisis.

At least 570 climate change protesters have been arrested in London since Monday, British police said Friday.

In a Twitter post, the Metropolitan Police said the “protesters are using tactics of lying on the ground when approached” and this makes “at least four officers to remove one person to ensure their safety”. 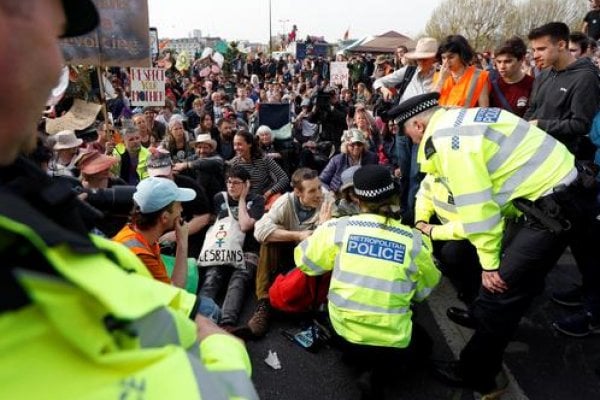 They have blocked some main and busy roads in London, which includes Waterloo Bridge, Oxford Street, Piccadilly Circus and Marble Arch since Monday morning. A small group of younger protesters blocked a roundabout in Heathrow Airport area Friday morning but they were removed from the roads to keep the disruption to a minimum. Heathrow Airport said that they were working with police to avoid such disturbance. 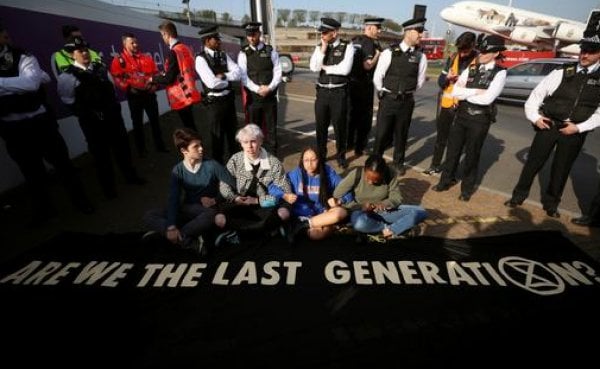 The protesters  gathered by an environmentalist group called the Extinction Rebellion  demanded the government to acknowledge there is an environment crisis, enact legally binding policies to reduce carbon emission by 2025 and form citizens’ assembly to “oversee the changes” needed to achieve this goal. The group has vowed to increase the tone of their protest and they would be on the streets “as long as it takes.” 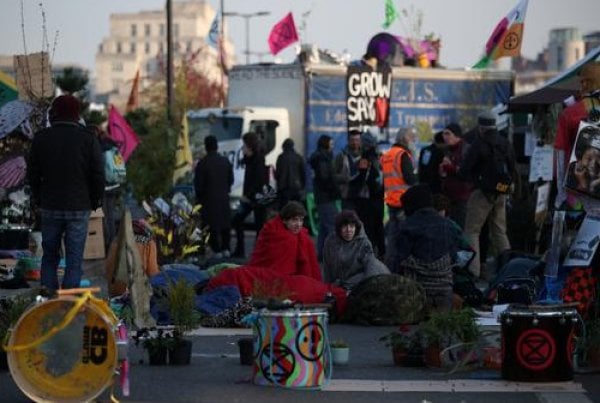 London police had issued a public order condition as of Monday evening, which means that protesters should leave the scene when they are asked to. "The same condition has been implemented to those in the Oxford Circus area," the police said. The condition has since been “extended for a further three days.” “In order to impose this condition, the Met required evidence that serious disruption was being caused to communities in London,” the police said. 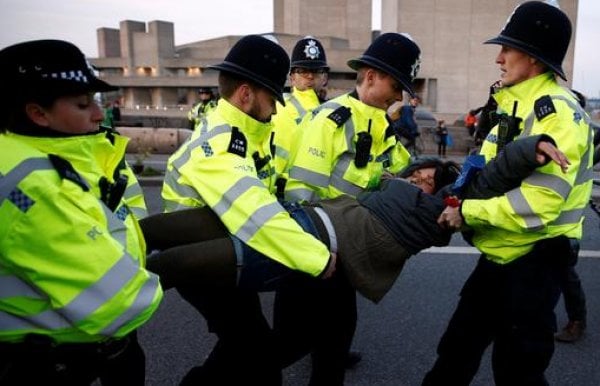 Friday is the start of a four-day-long Easter break and the Extinction Rebellion said on Twitter thousands of more people would come and join them in London. The protesters do not resist to arrests and most of them are released in a few hours after giving statements at police stations.