Turkey’s developing relations with Balkan countries has caused concerns among some EU countries.

Alongside German Chancellor Angela Merkel, Macron told reporters that Western Balkans meeting, a joint Franco-German initiative, would discuss Serbia-Kosovo tensions, stability in the region and EU perspective of these countries.

TURKEY BOOSTS ITS EFFICIENCY ON BALKANS

“We would like to see the resumption of dialogue between Serbia and Kosovo. We do not have the intention to dictate any solution to Belgrad and Pristina,” said Macron. “We want to look at all possible options and try to have a less emotional discussion.”

An EU-facilitated dialogue between Serbia and Kosovo has been suspended since November, after Belgrad protested Pristina’s decision to raise tariffs on all Serbian goods. 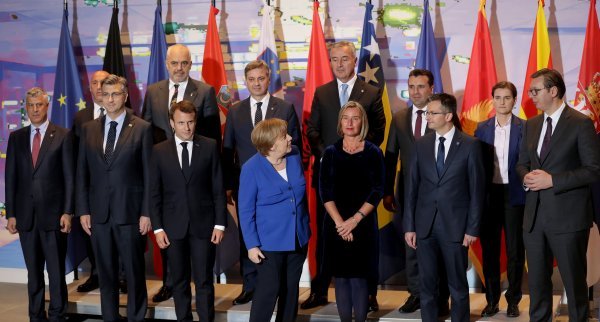 The German Chancellor reaffirmed support for the EU perspective on the Western Balkan states. “It is in our interest, it is in the interest of Europe, to see positive developments in this region,” she said.

Merkel and Macron are hosting leaders of Western Balkans countries in Berlin for an informal summit to discuss resumption of Serbia-Kosovo dialogue, security issues and economic cooperation in the region. 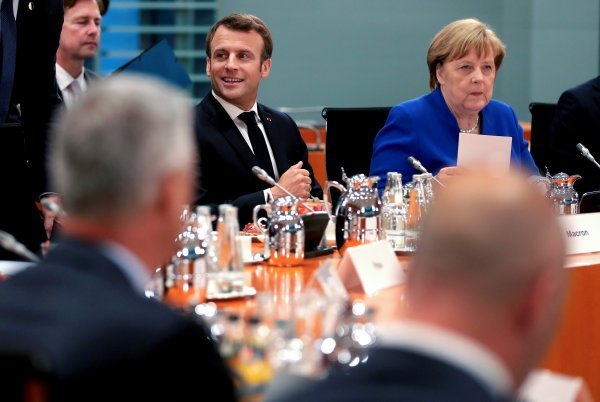 They invited leaders of EU members Croatia and Slovenia, and six other Balkan nations -- Albania, Bosnia and Herzegovina, North Macedonia, Kosovo, Serbia and Montenegro, -- all of which aspire to join the EU, but face various political or economic hurdles.

French and German politicians have expressed skepticism over enhanced political and economic cooperation between Western Balkan states and regional actors such as Russia and Turkey in recent years.