Evo Morales had stepped down Sunday on the call of the then-military chief.

Bolivia’s former President of Bolivia Evo Morales welcomed Friday that the newly elected heads of the Senate and Chamber of Deputies are from his party, Movement for Socialism (MAS).

THEY ARE DEFENDING DEMOCRACY

Morales said on Twitter that the election of Eva Copa and Sergio Choque is a tribute to the "courageous people of El Alto [district of capital La Paz], who denounces the coup and defends democracy with social organizations of Bolivia.” 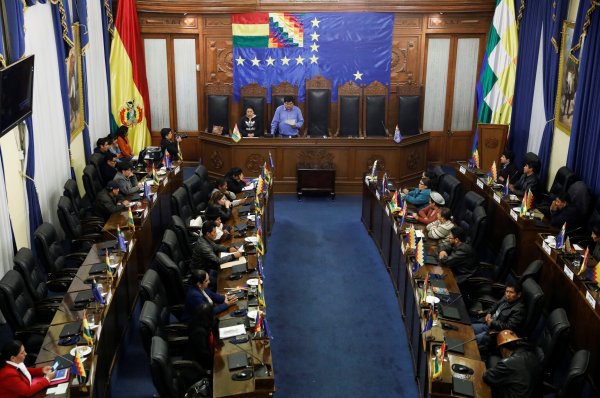 Copa was elected the head of Senate, while Choque assumed the presidency of Chamber of Deputies on Thursday -- both are members of the MAS Party, which holds two-thirds of the parliamentary majority.

Bolivia's assembly is bicameral, consisting of a lower house, the Chamber of Deputies, and an upper house, the Senate. 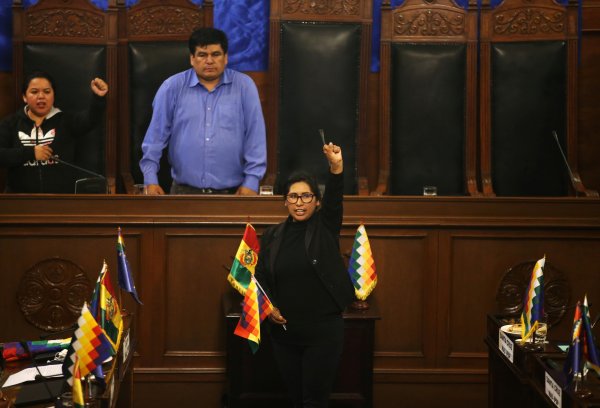 Bolivia has been thrown into turmoil with demonstrators protesting the results of presidential elections in October in which Morales declared victory for a fourth term in the office.