Floods and mudslides kill at least 32 in South Africa

South African media report that 32 people are dead from flooding and mudslides in the country's eastern KwaZulu-Natal province.

At least 32 people were killed and several others injured after heavy rains caused floods and mudslides in South Africa’s province of KwaZulu-Natal, officials said Tuesday.

"THE SITUATION IS VERY SERIOUS"

Provincial Minister for Co-operative Governance and Traditional Affairs Nomusa Dube-Ncube confirmed the fatalities to eNCA television news while inspecting one of the affected sites. 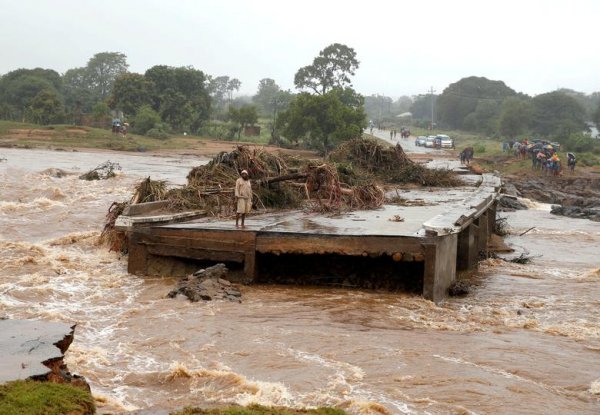 “The situation is very serious. Our priority now is to save lives,” she said. “The extent of damage to infrastructure includes flooded and blocked roads, collapsed buildings and power outages as a result of electric cable damage." She said several victims were being accommodated at community halls across the province. 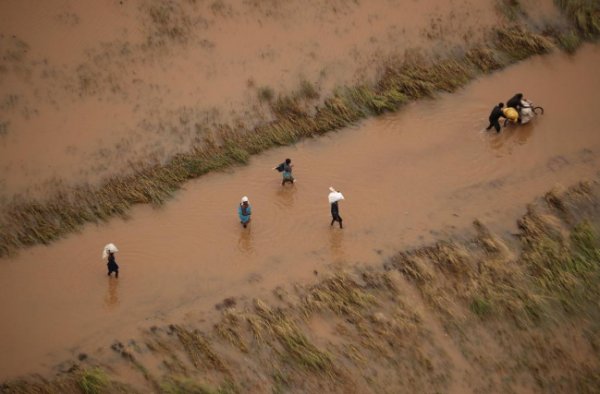 Heavy rains began Monday night to hit parts of KwaZulu-Natal and the Eastern Cape where many homes and roads have been flooded or destroyed. Mudslides also destroyed homes in the region leading to deaths.

The army said Tuesday it dispatched troops to help rescue and evacuate victims trapped in Port St. Johns in Eastern Cape. Officials feared death toll is likely to go up as rescue workers continue to search for survivors.