A fire in the 15-century cathedral blew out stained glass windows and destroyed the grand organ on Saturday, and officials said they suspected arson.

Arson is suspected in a fire at a cathedral in western France early Saturday that firefighters were able to contain, but not before it did major damage.

The blaze at the Gothic cathedral in Nantes, western France, comes a year and three months after the fire in Paris’ Notre Dame that shocked the world.

INVESTIGATION HAS BEEN OPENED

The fire at the 15th century Saint-Pierre-et-Saint-Paul Cathedral broke out around 8 a.m. (0700GMT). More than 100 firefighters were called to the scene to battle the blaze and got it under control by 10 a.m. (0900GMT), but plumes of smoke could later still be seen coming from its windows.

Local prosecutor Pierre Sennes said that three separate fires had intentionally been set alight inside, with the ignition points of each already identified, reported France24.

Speaking to Radio France International, regional Fire Chief General Laurent Ferlay said that the fire completely destroyed the cathedral’s grand organ, with the blaze starting right behind it. "Its platform is very unstable and it could collapse," he added. 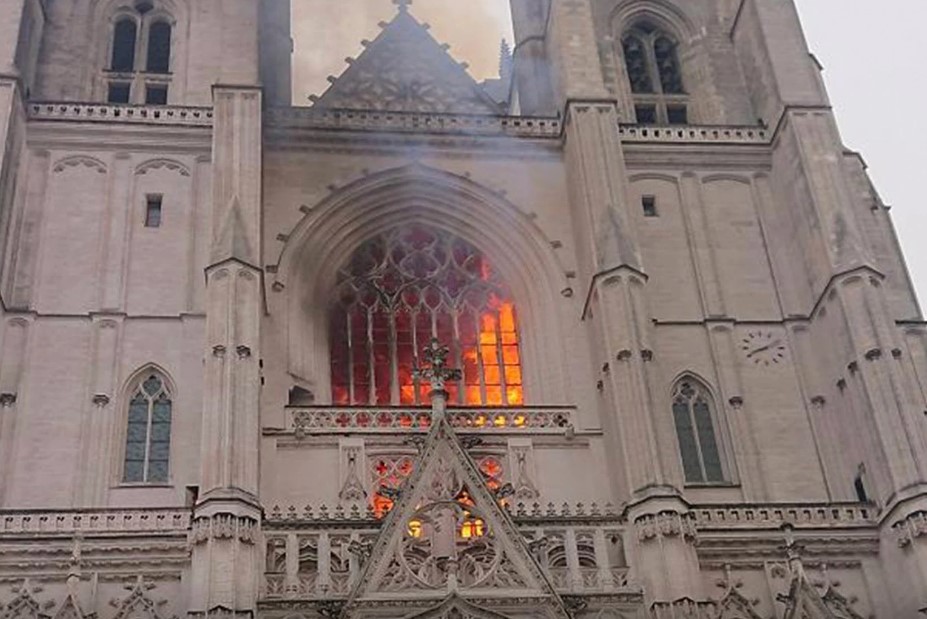 Damage was also done to some of the cathedral's stained-glass windows. Ferlay reassured reporters that the roof had not suffered any damage.

"We are not in a Notre-Dame-de-Paris scenario. The roof has not been touched," he said. 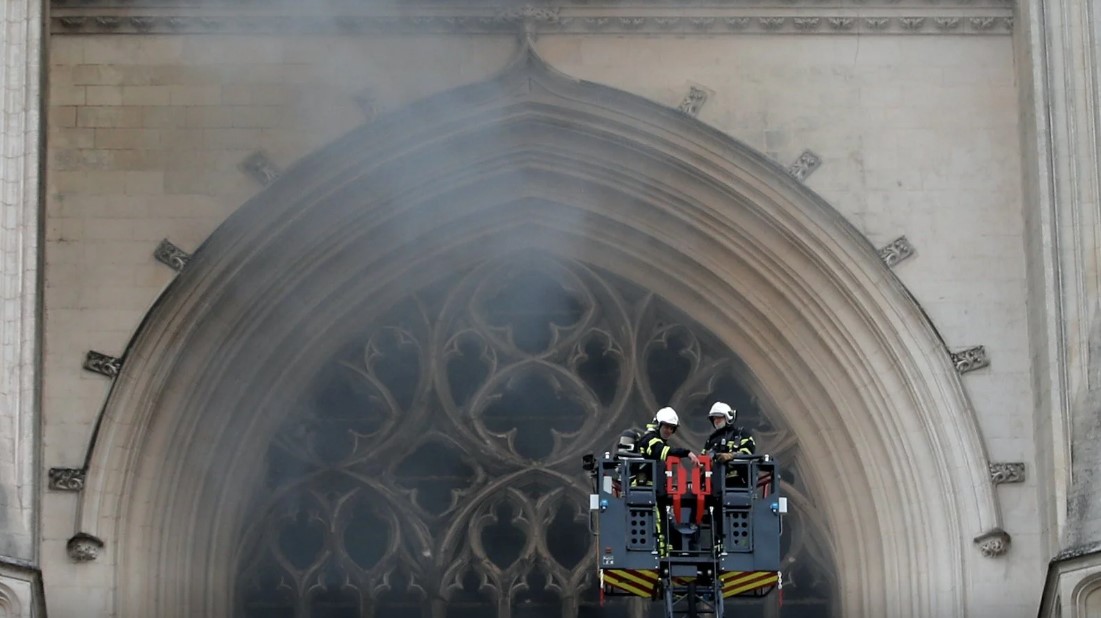 President Emmanuel Macron also paid tribute to firefighters’ efforts to save the cathedral. "After Notre-Dame, Saint-Pierre-et-Saint-Paul cathedral, in the heart of Nantes, is in flames. Support for our firefighters who take all the risks to save this Gothic jewel of the city of the Dukes."