Far-right terror threat is on rise in Germany

In an interview with news portal t-online, Holger Muench warned that the number of violent far-right extremists and crimes committed by them have significantly increased in recent years. "We are also aware of the risk that they could form new structures, even terrorist groups," he said, referring to the neo-Nazi groups "Oldschool Society" and the "Gruppe Freital" which planned attacks against refugee centers and mosques.

Muench said German security agencies have recently adopted a new strategy to disrupt such structures as early as possible, before they transformed themselves into terrorist organizations. 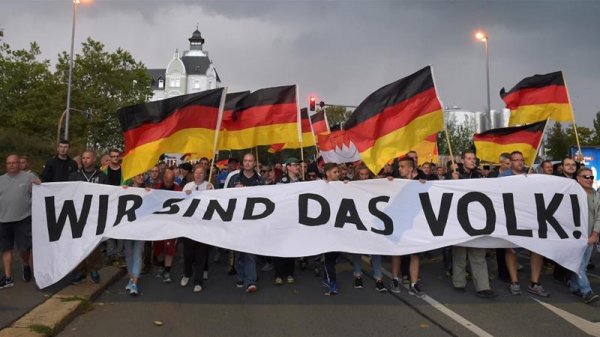 Currently 41 far-right extremists were classified as potential terrorists and have been placed under surveillance, according to the BKA. Another 112 extremists were considered as a direct threat by the BKA on suspicion that they were providing support to violent far-right groups.

Germany has witnessed growing xenophobia and anti-migrant hatred in recent years, fuelled by the propaganda of neo-Nazi groups and the Islamophobic AfD party. The police recorded more than 19,000 far-right crimes in 2018, according to the latest government figures with extremists committing some 1,000 violent attacks against foreigners, immigrants or political rivals.