The main clashes were between the police forces and far-right groups, which filled the center of the city with more than 1,000 men.

At least 15 people, including two police officers, have been injured in violent clashes in London, according to London Ambulance Services.

The far-right groups, including English Defence League (EDL), Britain First and Football Lads Association started gathering in Parliament Square and clashed with police who cordoned off the White Hall area.

SOME PROTESTERS MADE NAZI SALUTE

Later on, the far-right groups invaded Trafalgar Square, where Black Lives Matter (BLM) protesters were carrying on a peaceful protest.

Shouting abuse, throwing bottles and beer cans, the far-right hooligans tried to attack BLM protesters but police formed a thin line between the groups and pushed them out of the square after a 20-minute scuffle in all directions.

The far-right groups started fresh clashes with police in and around Parliament Square later on, some group also tried to reach back in Trafalgar Square.

Protesters threw missiles on police trying to block them from entering Whitehall, where the Cenotaph war memorial is located. 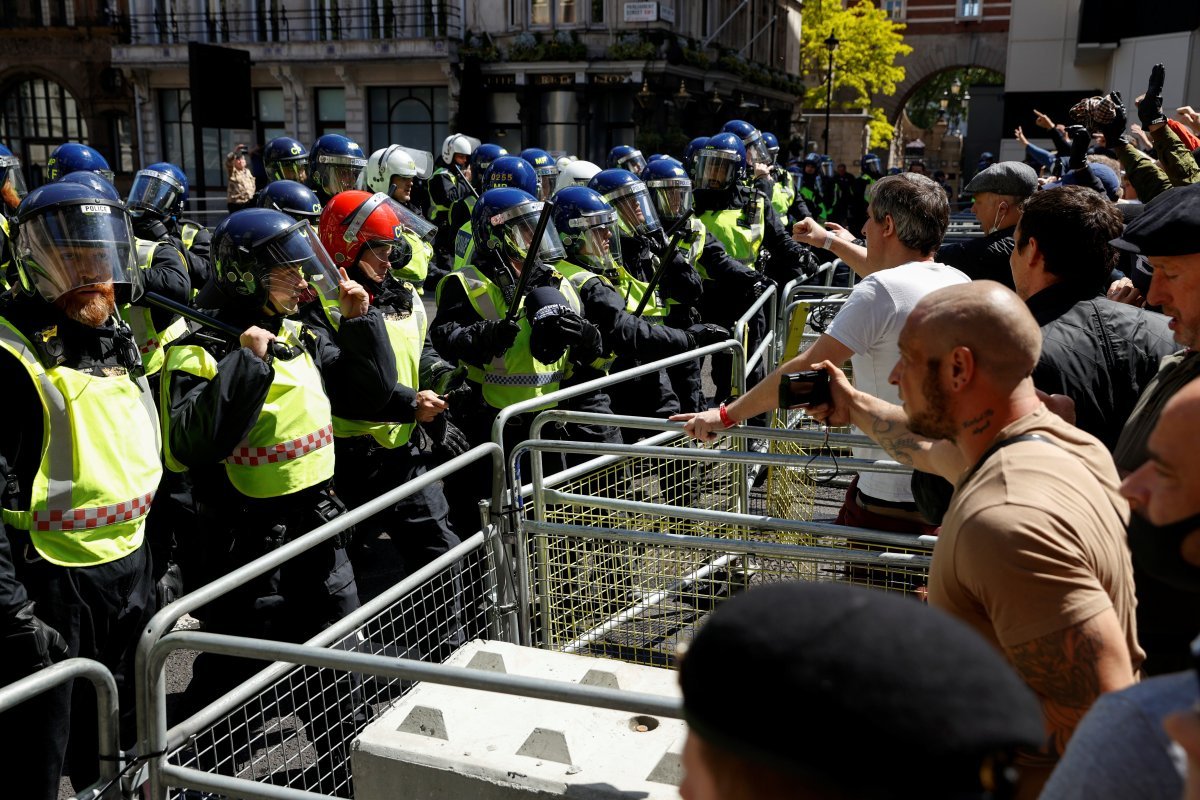 Some of the people were seen making Nazi salutes while shouting “England.” 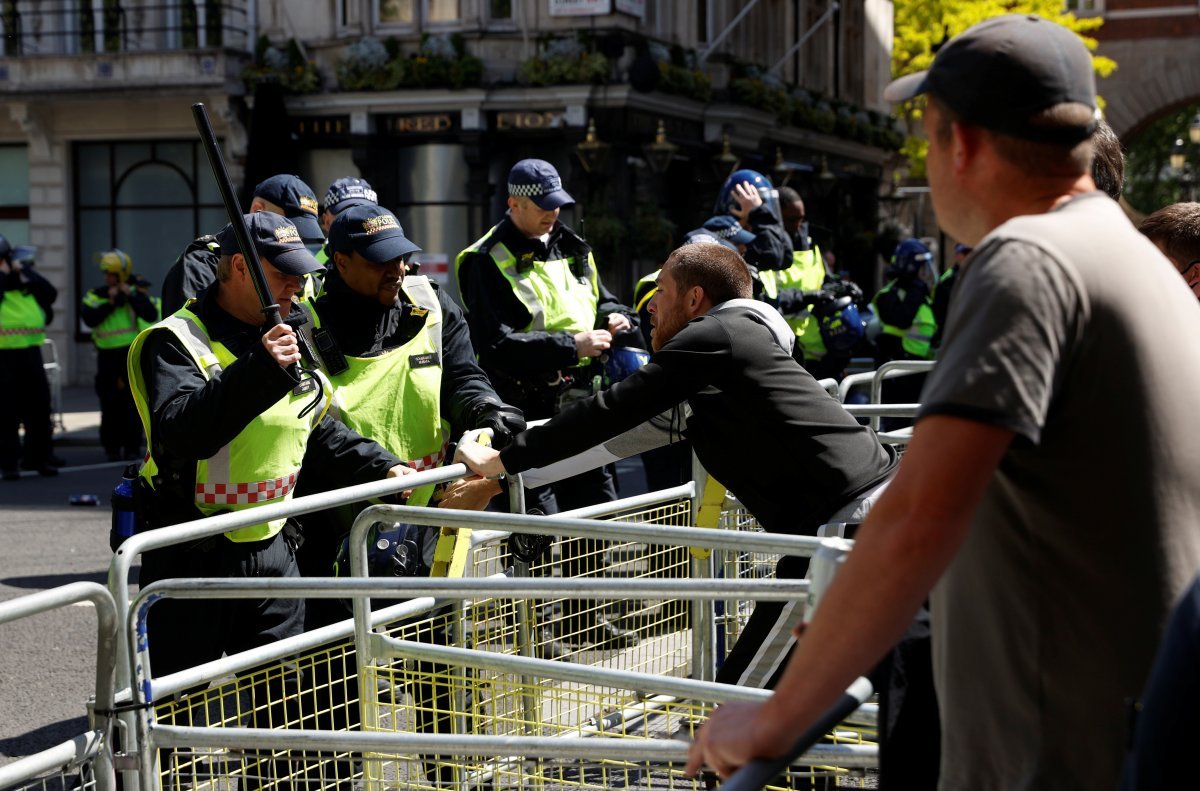 The BLM group left the Trafalgar Square shortly after 5 p.m. (1600 GMT) when a police curfew on protests started. However, many protesters from all groups remained on streets and occasional clashes between groups occurred. 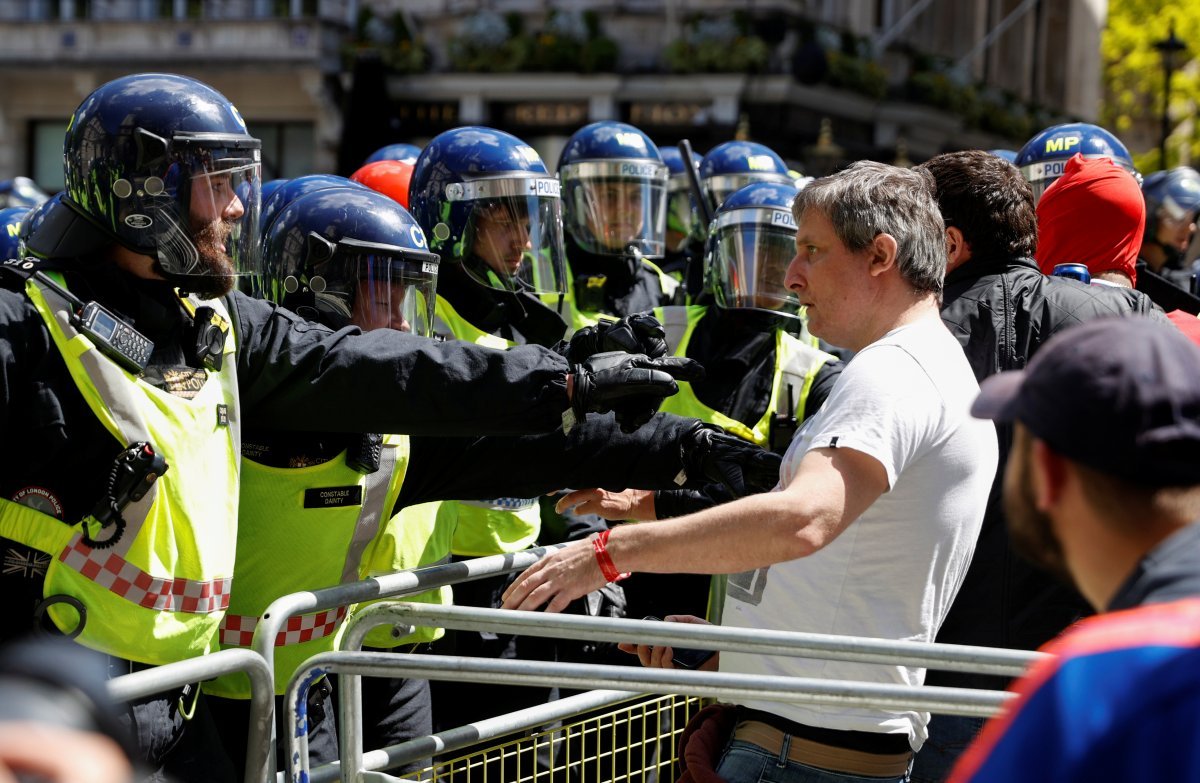 Police said at least five arrests had been made during the eventful day but the number is likely to climb later.

MAYOR URGED PEOPLE TO STAY AWAY

London Mayor Sadiq Khan said on Twitter that the scenes in London today are “totally unacceptable.” He wrote: “We will not tolerate attacks on our police and perpetrators will feel the full force of the law. It is clear that far right groups are causing violence and disorder in central London, I urge people to stay away.” 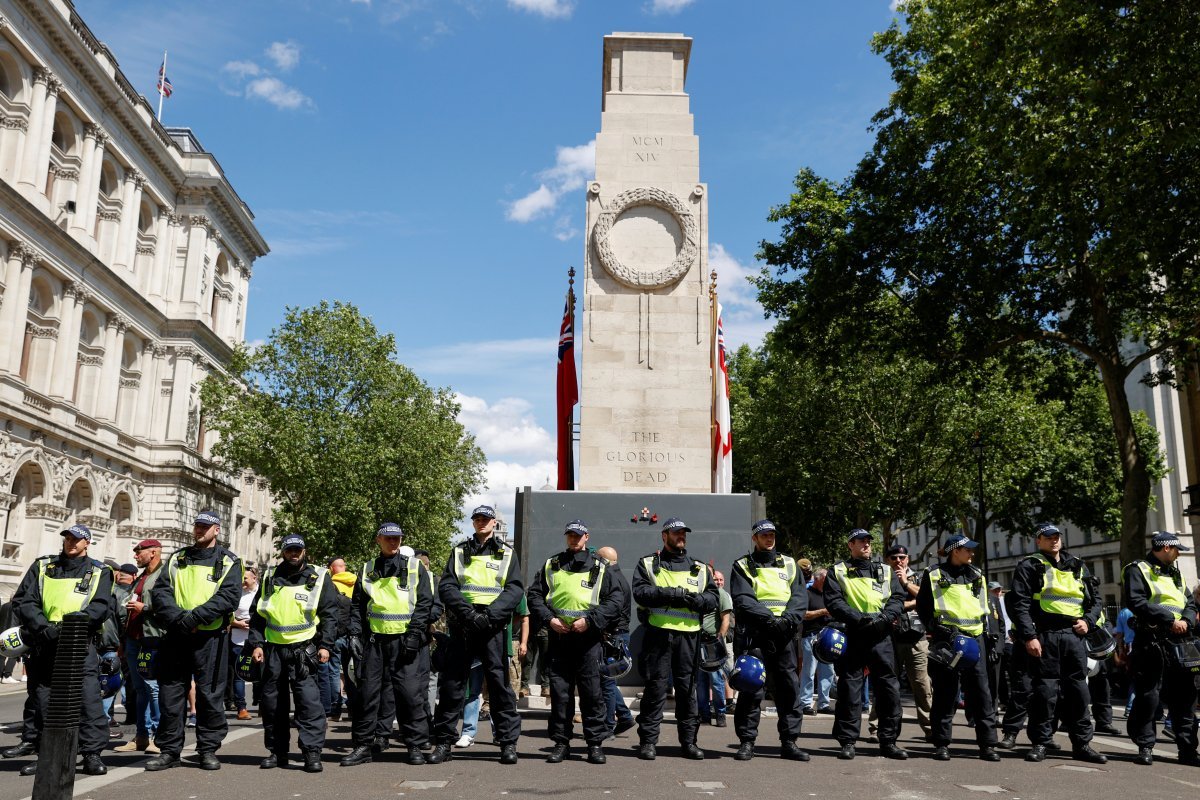 Last Sunday, BLM protesters tore down the statue of 17th-century slave trader Edward Colston in Bristol and sprayed graffiti on a statue of Winston Churchill in London. 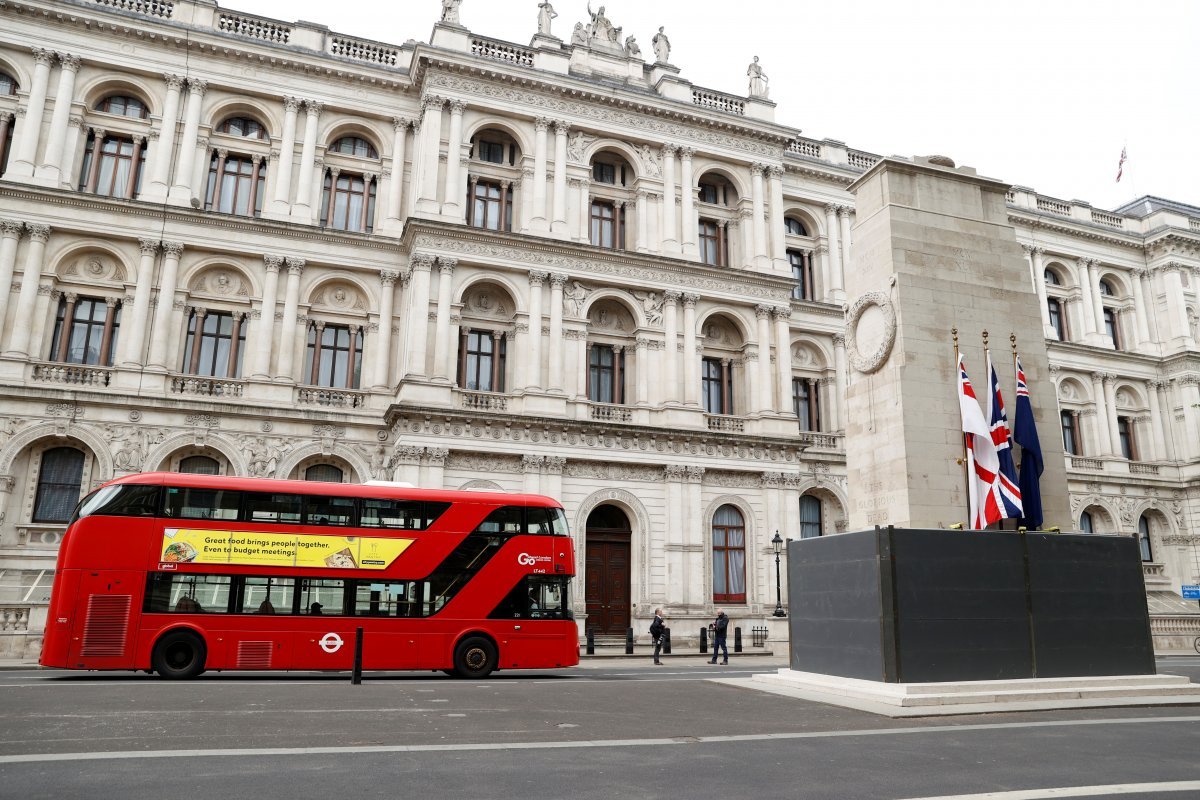 Some of the statues in Parliament Square were boarded up ahead of today’s protests.