Cooperation is the mainstream in China-Europe relations, and even if there are differences and competition, it is benign competition, Chinese President Xi Jinping said during a visit to Paris.

Europe’s top leaders told President Xi Jinping on Tuesday they wanted a fairer trading relationship with China, signaling an openness to engage with Beijing’s “Belt and Road” infrastructure project if it meant more access to the Chinese market.

The Europe Union, the world’s largest trading zone, has become increasingly frustrated by what it sees as the slow pace of economic opening in China, even after years of granting China almost unfettered access to EU markets for trade and investment.

"WE WANT TO PLAY AN ACTIVE PART IN THE PROJECT"

As he seeks to forge a common European front to challenge China’s rise, French President Emmanuel Macron invited German Chancellor Angela Merkel and European Commission President Jean-Claude Juncker to talks with Xi in Paris. “We, as Europeans, want to play an active part (in the Belt and Road project),” Merkel said after the talks. “That must lead to certain reciprocity, and we are still wrangling over that a bit.” 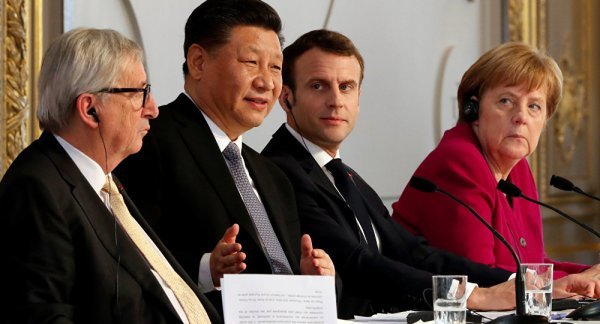 Juncker, who will host an EU-China summit in Brussels next month, reinforced EU calls for better trade reciprocity so that “European businesses could have the same degree of access to the Chinese market as Chinese businesses have in Europe.” 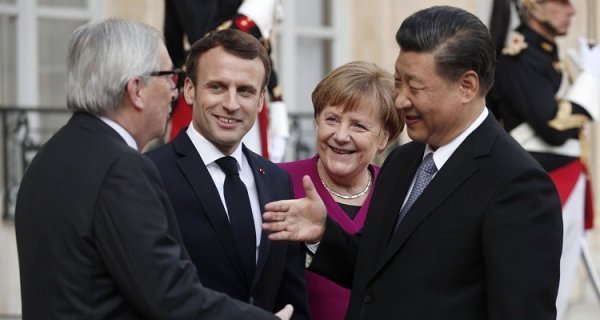 The Belt and Road Initiative, championed by Xi, aims to link China by sea and land with Southeast and Central Asia, the Middle East, Europe and Africa, through an infrastructure network along the lines of the old Silk Road.