The US president unveiled the controversial "Deal of the Century," Jan. 28 to end one of the longest-running disputes in the Middle East.

Members of the European Parliament voiced harsh criticism for the so-called US Middle East ‘peace’ plan during a plenary session Tuesday.

The overwhelming majority of EU lawmakers agreed US President Donald Trump’s plan goes against international law and is biased towards Israel.

"THIS PLAN IS A ONE-STATE SOLUTION"

“The proposal clearly challenges the internationally agreed parameters” of a peaceful resolution to the Israeli-Palestinian conflict, EU’s foreign policy chief Josep Borrell said. “It’s difficult to see how it can bring both sides to the table.”

Borrell acknowledged the plan could be a starting point for peace negotiations but he clearly denied it can be an endpoint for a long-term solution in the Middle East. He said most EU member states did not even consider the plan. 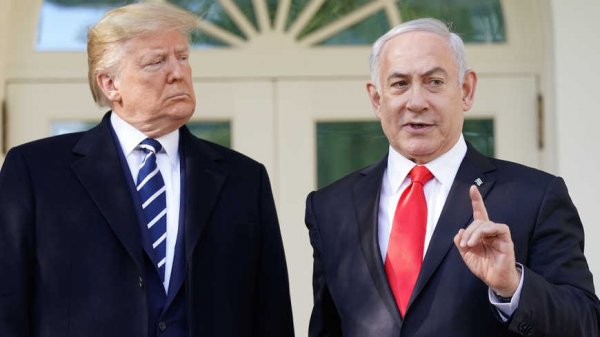 MEP Hilde Vautmans said the plan is a “one-state solution.” The Belgian centrist-liberal politician urged the EU to use its “credibility to intervene as an honest broker” and suggested Borrell initiate a peace conference.

Trump proposed an independent Palestinian state but with the recognition of Israeli sovereignty over the West Bank and Jerusalem as Israel's "undivided capital".