Ethiopia’s Defense Forces Chief of Staff Gen. Sea’re Mekonnen, has been shot dead by his own bodyguard in the capital, Addis Ababa.

Ethiopia’s Defense Forces Chief of Staff Gen. Seare Mekonnen was killed in the late hours of Saturday by his own guard, the government confirmed.

HE WAS KILLED IN HIS OWN HOUSE

The chief of staff, according to Prime Minister Abiy Ahmed, who delivered a message to the nation on Sunday, died trying to prevent a coup attempt in Ethiopia's northern Amhara region.

A retired general who goes by the name Geza’e Abera was also killed at the home of Gen. Seale, said Press Secretary of the Prime Minister Office Nigusu Tilahun on Sunday. The killers have been arrested and an investigation has been launched, he added. 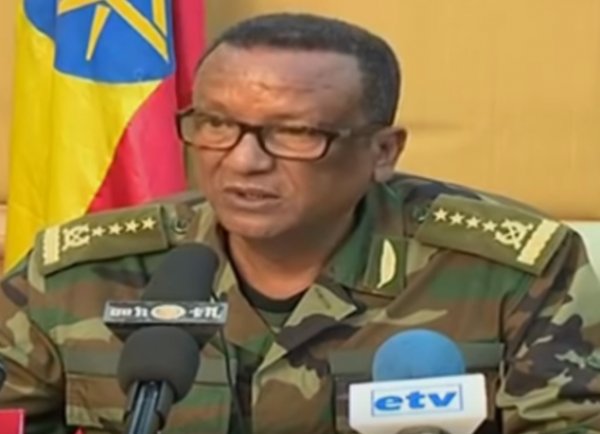 He said the coup was orchestrated by Brig. Gen. Asaminew Tsige, who is the chief of the regional security bureau. Asaminew was one the many political prisoners given amnesty after the coming to power of Abiy in April last year.

Abiy has led remarkable transformation in the East African nation after coming to power. He has freed thousands of political prisoners, ended a 20-year war with neighbor Eritrea and appointed the country's first female president. But his rule has also seen a marked rise in tensions in the ethically diverse nation.