Turkish president's offer to resettle 3M Syrians from Turkey, Europe, and other countries if the zone is extended.

The safe zone touted by Turkey’s leader during his address to the UN General Assembly could resettle millions of Syrians in an area stretching 480 kilometers along the country’s border with Syria.

On Tuesday, ErdoĞan told the UN General Assembly that a peace corridor on Turkey's border with Syria will enable the resettlement of some one to two million Syrians who fled the country. He added that if the zone is extended to the Deir ez-Zor-Raqqa line, the number would reach 3 million Syrians, including ones from Turkey, Europe, and other countries. 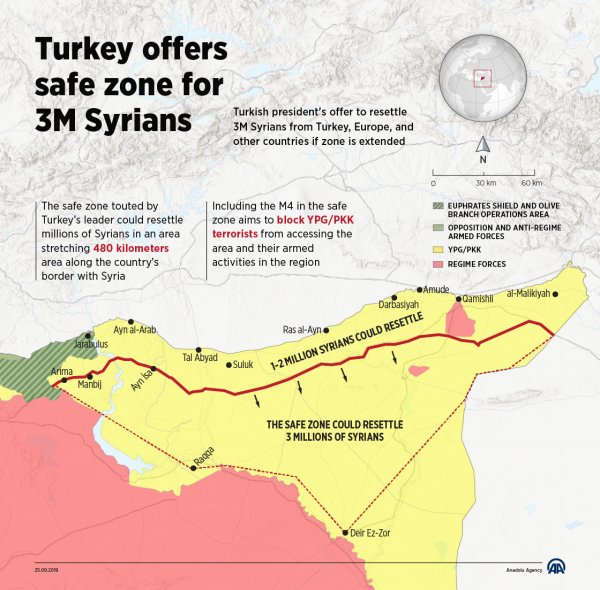 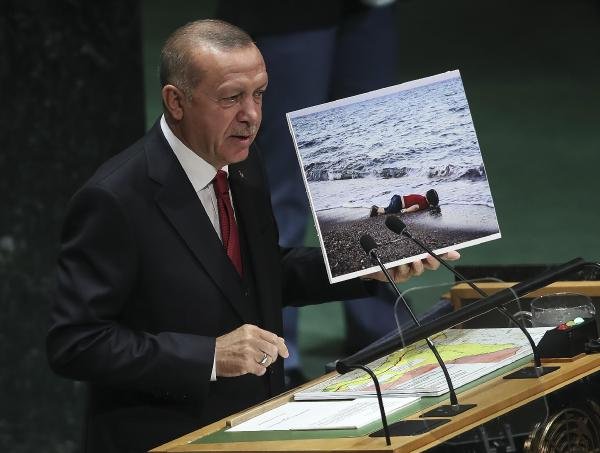 The M4 highway, which connects Syria’s east to its west, constitutes the border for the safe zone. Including the M4 in the safe zone aims to block YPG/PKK terrorists from accessing the area and their armed activities in the region.

The terror group is currently using the highway for logistic and trade activities.