Erdoğan reiterates his warning to Greece on armed islands

'If these illegitimate threats against us continue, there is an end to our patience.'

Turkey's president reiterated his warning to Greece, saying: "All of a sudden, we can come overnight."

Erdoğan's remarks come during a news conference in Sarajevo with the three-members of the Presidential Council of Bosnia and Herzegovina.

"They have islands, there are bases on these islands ... and if these illegitimate threats against us continue, there is an end to our patience," he said

Turkish jets engaged in NATO missions over the Aegean and Eastern Mediterranean seas on Aug. 23 were harassed by a Russian-made S-300 air defense system stationed on the Greek island of Crete.

According to Turkish National Defense Ministry sources, Greece violated Turkey’s airspace and territorial waters over 1,100 times in the first eight months of this year alone. 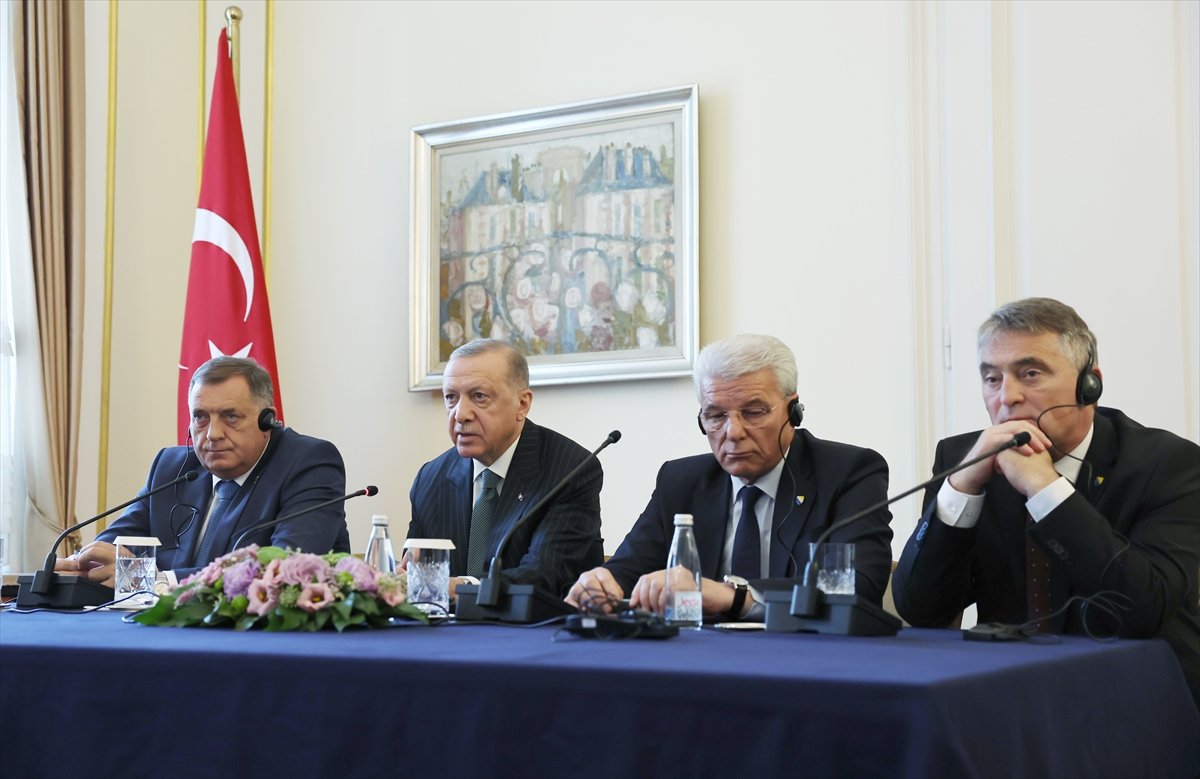 The Turkish president has previously said: "Greece, look at history, go back in time; if you go too far, the price will be heavy. We have one thing to say to Greece: Remember Izmir."

Turkey, a NATO member for over 70 years, has complained of repeated provocative actions and rhetoric by Greece in the region in recent months, including arming islands near Turkish shores that are demilitarized under a treaty, saying that such moves frustrate its good faith efforts for peace.