According to the official statement, the leaders stressed that UN principles should be universally respected and that no actions, no matter by whom they were undertaken should undermine them.

The leaders of Turkey, Russia, and Iran on Wednesday expressed their commitment to “the sovereignty, independence, unity and territorial integrity” of civil war-torn Syria.

THEY DISCUSSED THE CURRENT SITUATION IN SYRIA

Recep Tayyip Erdoğan, Vladimir Putin, and Hassan Rouhani released a 14-item statement after a videoconference where they discussed the current situation in Syria.

The leaders reviewed the developments following their last meeting in Ankara last September and “reiterated their determination to enhance the trilateral coordination in light of their agreements,” according to the statement. 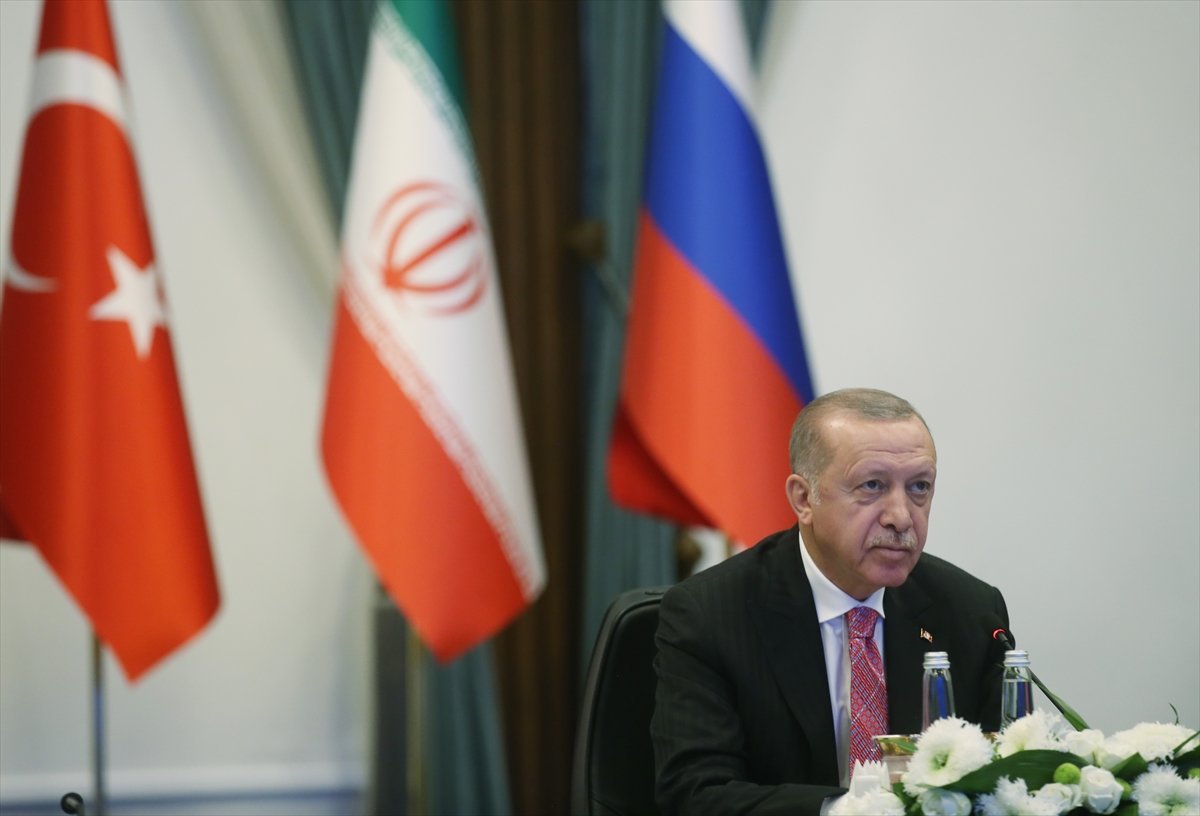 The leaders “emphasized their strong commitment to the sovereignty, independence, unity and territorial integrity of the Syrian Arab Republic as well as to the purposes and principles of the UN Charter,” the statement said. 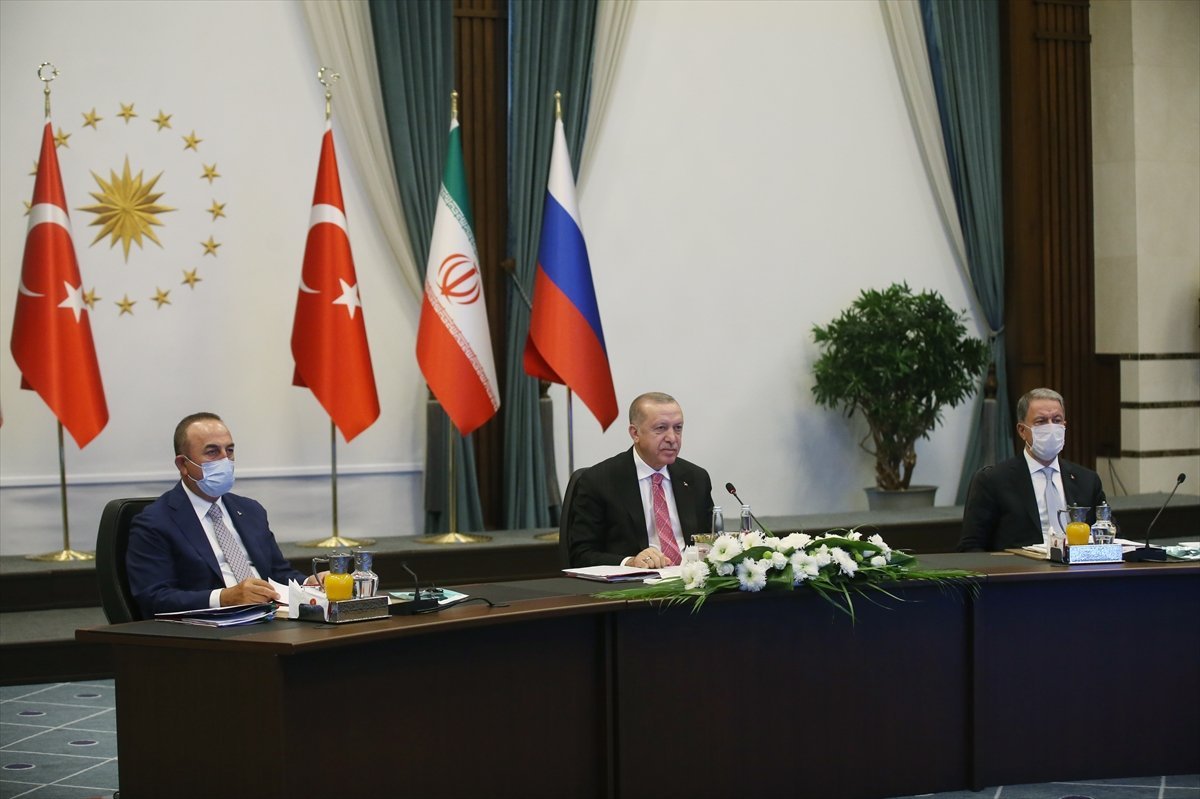 The leaders “rejected all attempts to create new realities on the ground under the pretext of combating terrorism, including illegitimate self-rule initiatives, and expressed their determination to stand against separatist agendas aimed at undermining the sovereignty and territorial integrity of Syria as well as threatening the national security of neighboring countries.” 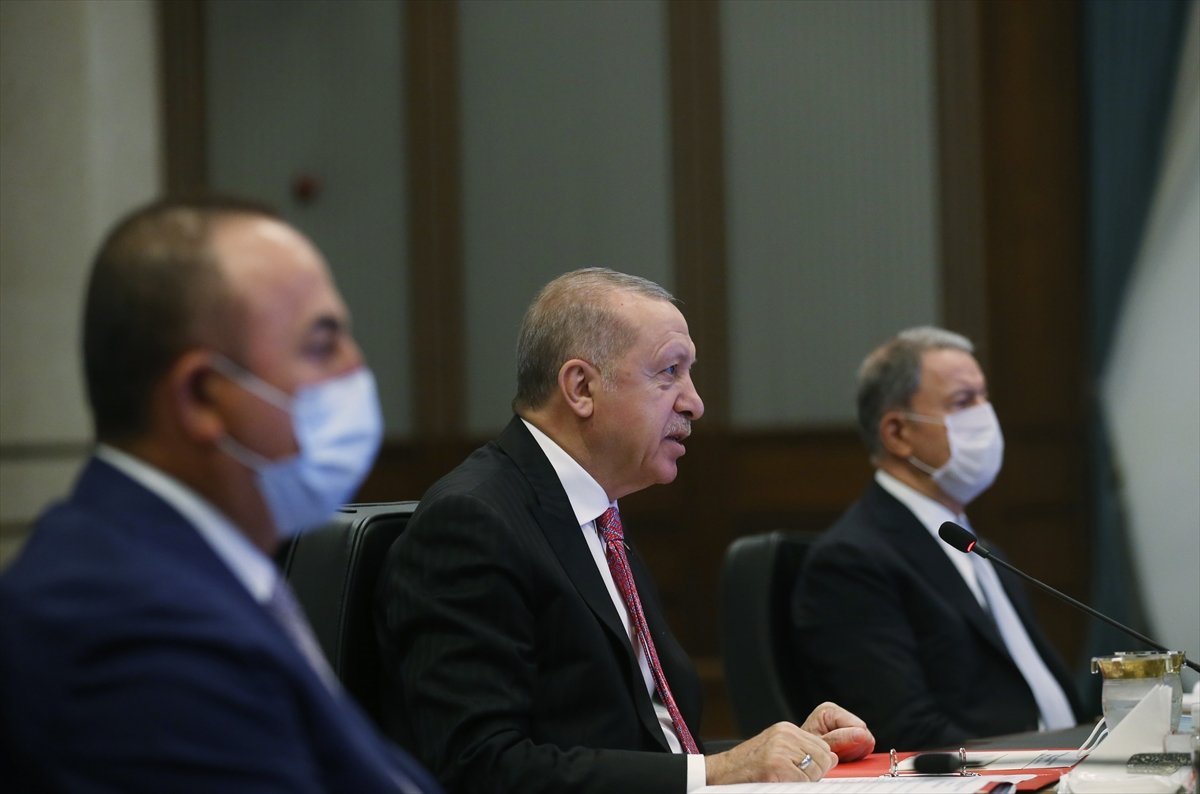 They also “discussed the situation in the north-east of Syria, emphasized that security and stability in this region can only be achieved on the basis of preservation of the sovereignty and territorial integrity of the country and agreed to coordinate their efforts to this end [and] Expressed their opposition to the illegal seizure and transfer of oil revenues that should belong to the Syrian Arab Republic.”