The Turkish president says the international body should implement a trade agreement.

The Economic Cooperation Organization (ECO) contains great potential for the development of member countries, the Turkish president said on Sunday.

Speaking at the 15th summit of the ECO in Ashgabat, Recep Tayyip Erdoğan delivered remarks on the economic potential of the region, impact of coronavirus worldwide, the issue of Cyprus as well as terrorism.

“We should make more use of the high potential offered by our geography, which has a population of approximately 500 million in an area of 8 million square kilometers (3.09 million square miles),” Erdoğan said.

"We must intensify our efforts to increase our trade volume to the level of $100 billion; in this context, we first must put into effect the trade agreement, ECOTA, which is among the strategic goals of the 2025 Vision document," he added. 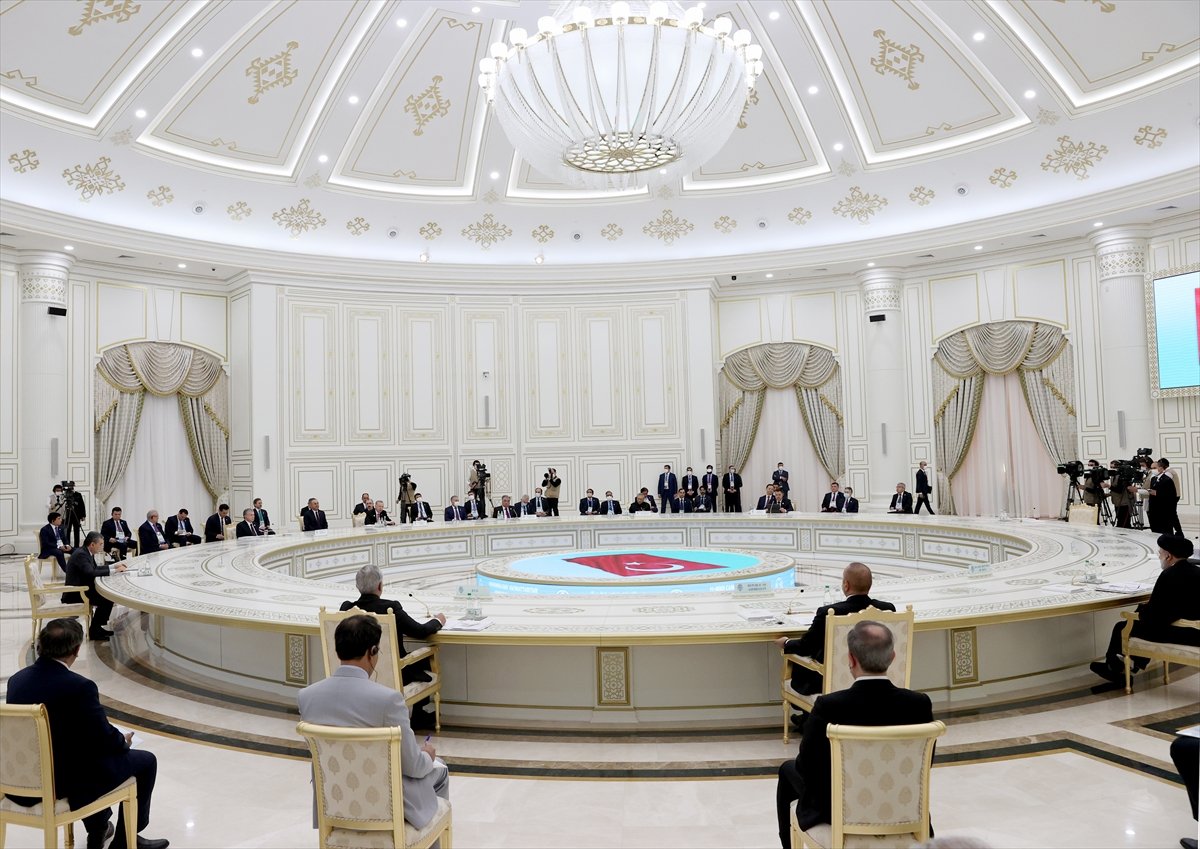 Stressing that the agreement, which has not been implemented for 17 years, was the main instrument that could help reach the intra-regional goals, Erdoğan said that the Istanbul-based ECO Bank could function efficiently to develop member countries once its institutional and financial capacities are enhanced.

Furthermore, the president noted that the improvement of the transport infrastructure within the region along with efforts to revive the Silk Road were ongoing at full pace.

"It is important to establish lasting peace and stability as soon as possible in Afghanistan which has been facing a serious humanitarian and economic crisis," he said, referring to the member country.

Erdoğan said Turkey supported efforts to keep the Afghan state institutions functioning, including sectors of critical importance such as education and health, adding the Afghan economy should be supported to eliminate the risk of a possible influx of refugees that would affect the whole region. 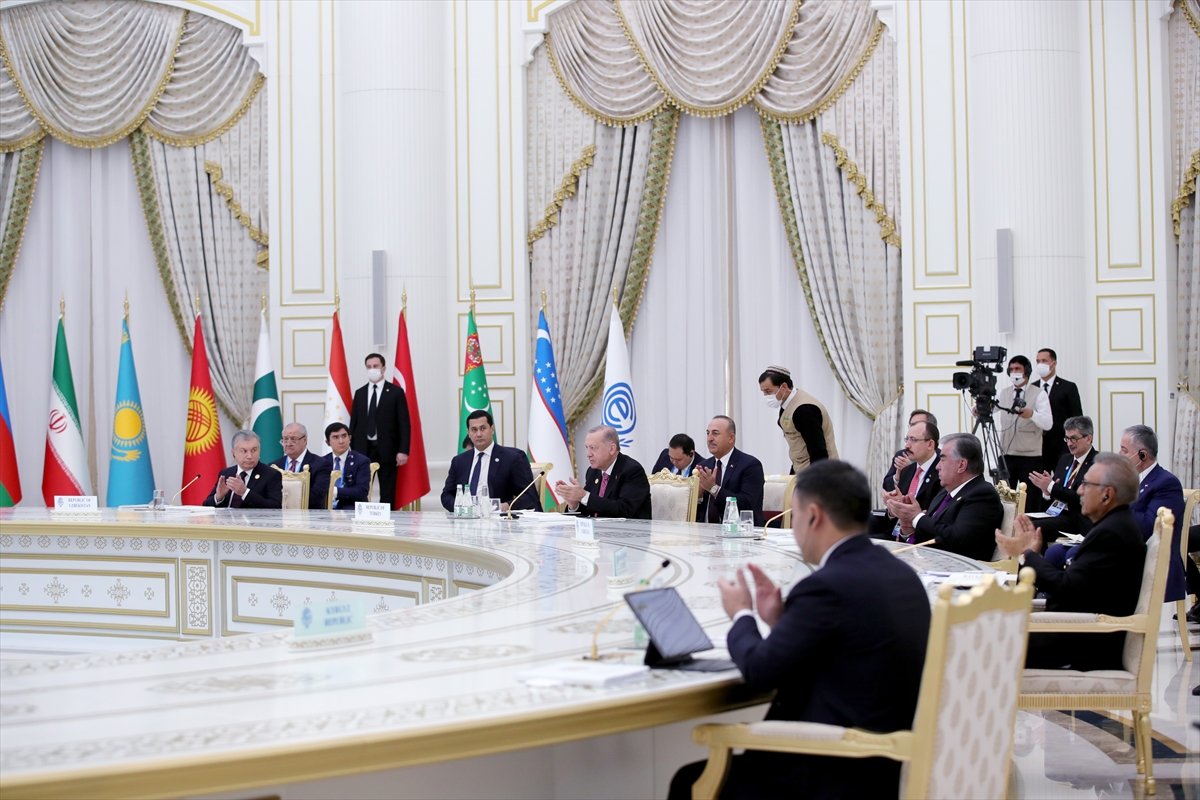 The Turkish president underlined that Azerbaijan took back its occupied territories and opened the door for the regional peace and stability. He applauded Baku’s efforts to increase regional prosperity through different projects.

“These steps will support the normalization efforts in the region. As Turkey, we will continue to be by Azerbaijan’s side. It is of great importance that we stand in full solidarity with Azerbaijan as an organization,” he said.

Erdoğan said that regional and international cooperation is of great importance in the fight against terrorism and that no distinctions should be made between terror groups.

He said the peace, stability and regional development would gain momentum once the region is cleared of terror groups such as YPG/PKK, Daesh/ISIS, and Fetullah Terrorist Organization (FETO). 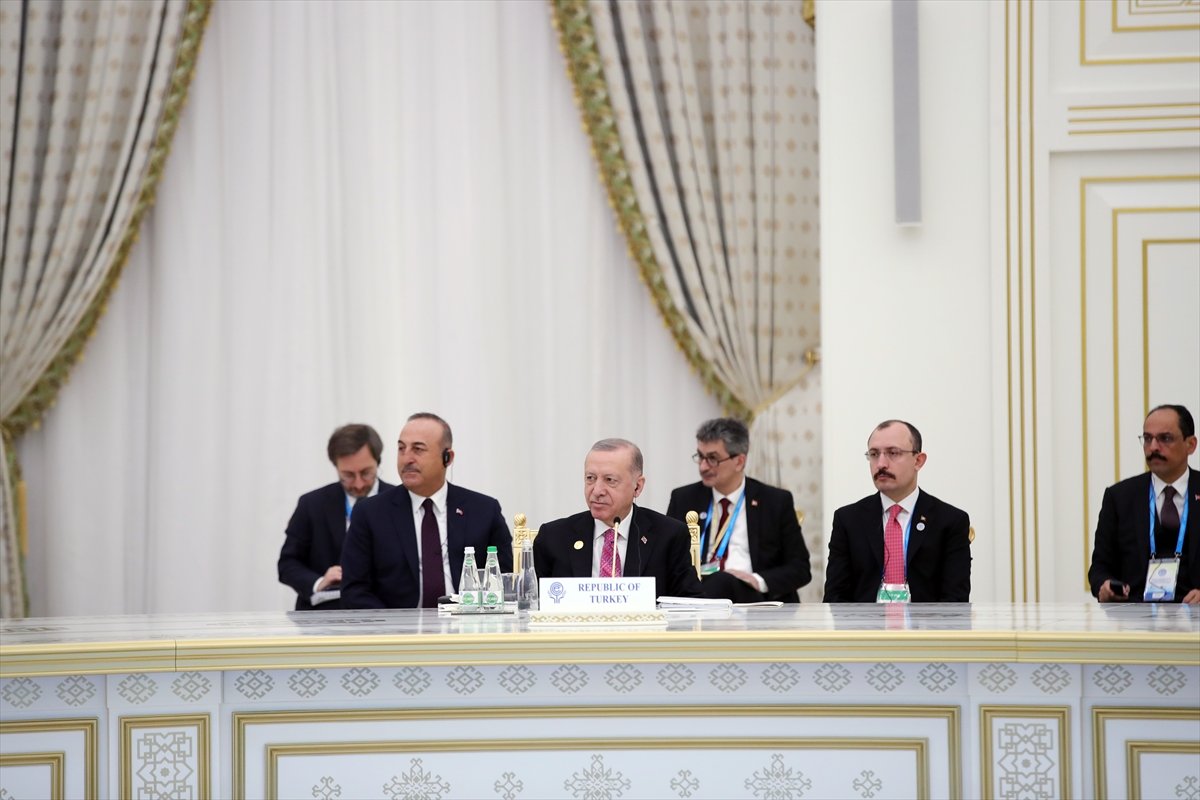 The key to the solution of the Cyprus issue is to recognize sovereign equality and the equal international status of Turkish Cypriots, Erdoğan said.

He called on the participant countries to evaluate the Turkish Republic of Northern Cyprus's (TRNC) vision of a solution without prejudice, and said Turkey encourages to develop ties in the fields of sports, culture, education and tourism in a bid to alleviate the isolation of Turkish Cypriots.

The TRNC is an observer state of ECO.

Erdoğan said the coronavirus outbreak has transformed into a global threat through time and that more than 5 million people have lost their lives due to the virus, which adversely affected a variety of different sectors such as economy, commerce and tourism.

Turkey, for its part, has done its best to extend a helping hand to the world amid the pandemic, according to Erdoğan, who noted that Ankara has helped 160 countries and 12 international organizations, including some ECO members.

Noting that Turkey has provided vaccines to scores of countries, Erdoğan said the country’s first locally produced coronavirus vaccine, TURKOVAC, will be put in the service of all humanity after getting emergency use approval.