Egyptian authorities allowed a reporter from Israel’s public broadcaster Kan to take a tour in the cemetery where former Egyptian President Mohamed Morsi was buried in Nasr City.

While restricting local remembrances of its first democratically elected president, Egyptian authorities have allowed Israeli state television to broadcast from an area very close to the cemetery where late President Mohamed Morsi was buried.

SISI GOVERNMENT REFUSED THE ALLOW PUBLIC TO ATTEND THE FUNERAL

"Not far from this place, the cemetery of Nasr City east of Cairo, [former] Egyptian President Mohamed Morsi was buried last night," a reporter for Israeli state-owned Kan TV said in a report Wednesday. 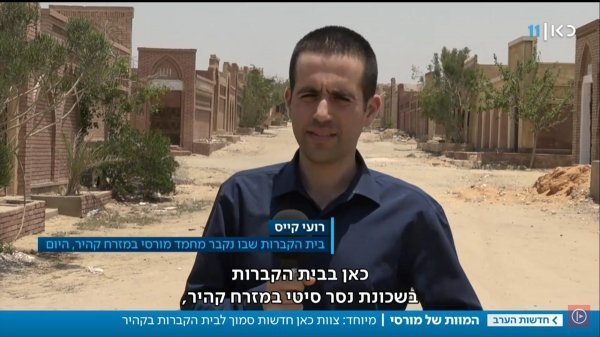 Egyptian authorities have not allowed the general public to attend his funeral prayers and also refused to allow Morsi’s burial in his hometown in the Sharkia province. The reporter appeared in a cemetery area which seemed both calm and empty.

The Israeli correspondent arrived in Cairo less than 24 hours after Morsi’s shocking death on Monday in the middle of a courtroom hearing. 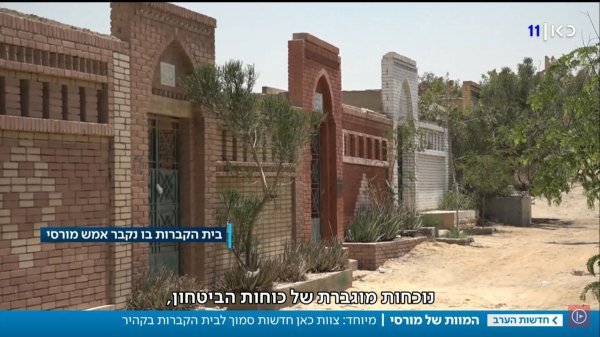 After being rebuffed for “man on the streets” interviews in Cairo, he said "local residents refused to talk in front of the camera." 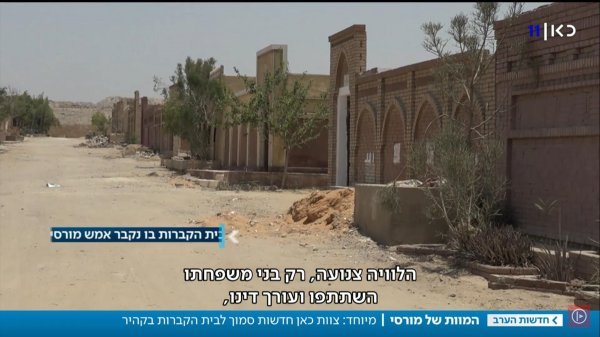 The reporter stressed the poor coverage of the late statesman’s death in the local press, saying: "It was hard to find a small news item in Egyptian newspapers."