Mark Rutte "joked" that in the light of the events with Turkey, the Netherlands can count on a discount when buying American F-35 fighter jets.

Trump and Dutch Prime Minister Mark Rutte spoke in a flag ceremony in the White House on Thursday for commemorating the World War II operation.

Mark Rutte stressed the importance of a tighter partnership between the two countries and safeguarding innovation Speaking in advance of his meeting with Trump, Rutte asked for a discount on Netherlands’ F-35 jets orders.

"WE CAN MAKE A DEAL"

"Yesterday we announced that we will purchase nine more F-35 jets from US.  Maybe now at a discount in the light of the situation with Turkey. Not sure if I can raise this issue at a meeting with the president. May be. He makes deals. We'll see," Rutte said. 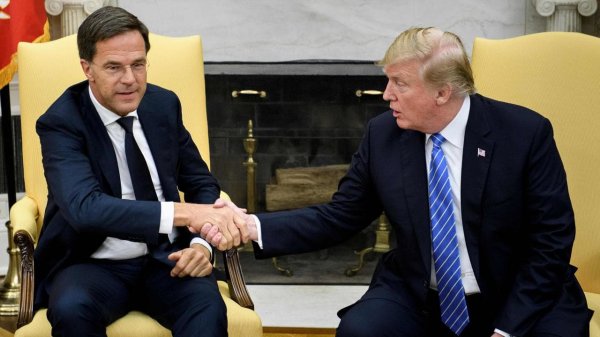 After Turkey’s Russian S-400 purchase, White House has announced that it has removed Turkey from F-35 fighter jets programme.

The US Department of Defense announced that Turkey’s financial losses from exclusion from the F-35 aircraft creation program would be $ 9 billion.