The volcano, a popular tourist destination for day-trippers, erupted on Monday, spewing ash, steam and gases over the island.

New Zealand divers searched contaminated waters near the volcanic White Island for two remaining bodies on Saturday, as the death toll from an eruption rose to 15 people, the police said.

WATERS WERE CONTAMINATED BY CHEMICALS

Waters around the island were contaminated by the massive eruption of rocks, lava and chemicals on Monday, reducing visibility.

“Divers have reported seeing a number of dead fish and eels washed ashore and floating in the water,” police said in a statement. “Each time they surface, the divers are decontaminated using fresh water.” 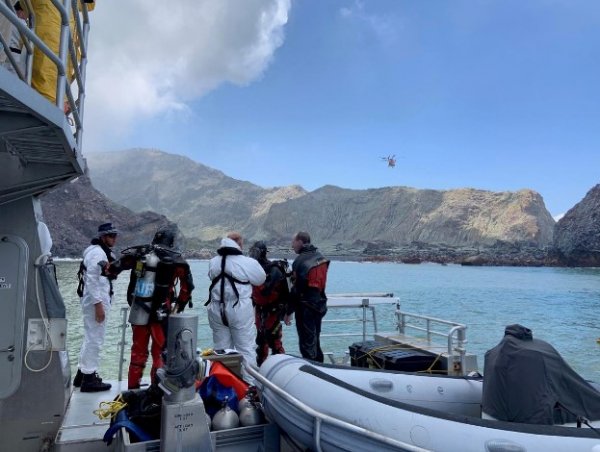 The remains of six people were successfully recovered on Friday after a military team in gas masks and hazmat suits landed on the uninhabited island and removed the bodies in a high-risk operation. 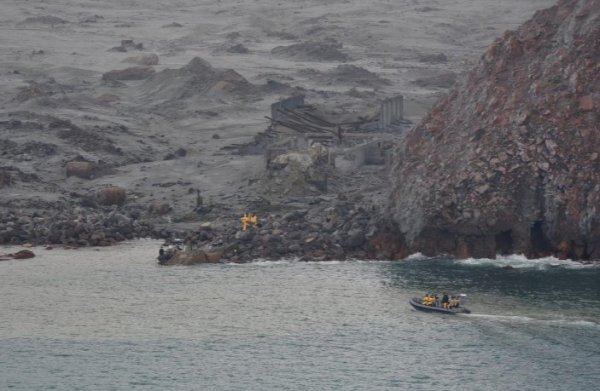 Police said they could not retrieve the remains of two more people, but spotted at least one body in the waters not too far from the island shoreline.

The death toll rose to 15 on Saturday as one more person died in the hospital. The toll may rise further as more than two dozen people are still hospitalized across New Zealand and Australia, most with severe burn injuries.