In a statement released late on Friday, Rosatom said five of its employees had died as a result of the accident and three more were being treated for burns.

A nuclear missile test caused an explosion at a Russian northern military base, according to a statement released by the Russian Atomic Agency (Rosatom) on Saturday.

"EXPLOSION DID NOT CAUSE CONTAMINATION"

Rosatom said five employees died as a result of a test on Thursday morning involving "isotopic sources of fuel on a liquid propulsion unit" in Severodvinsk town in Arkhangelsk. 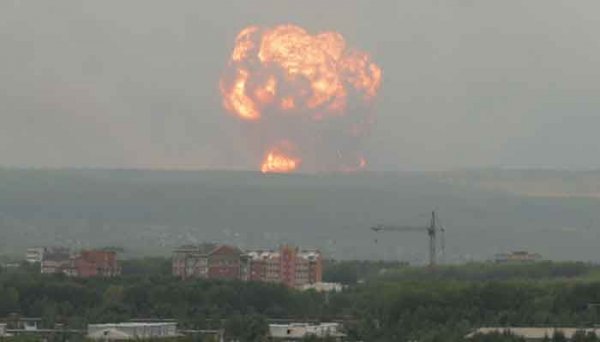 Russian Defense Ministry said the explosion did not result in nuclear contamination, which Rosatom also confirmed.

Earlier this week a series of explosions thundered an ammunition depot in Achinsk town in Siberia, killing one person.