Dozens are still missing as rescue operations continue in the Buriganga River, which flows past the outskirts of the capital Dhaka.

At least 33 bodies, including three children, have been recovered by divers in Bangladesh after a passenger ferry sank in a river following a collision, an official said on Tuesday.

The official said that it is yet to be confirmed how many people have been trapped inside the ferry, which is thought to be carrying some 50 people.

Search and rescue operations are underway manually as the rescue ship owned by the Bangladesh Inland Water Authority (BIWTA) could not reach the site of the accident near the terminal.

Prottay, a rescue ship heading to the site, got stuck due to the narrow gap between a bridge and river water level at the entry point to the ferry terminal. The rescue ship and the long bridge were damaged in the incident, disrupting the traffic on the bridge, according to the BIWTA official.

MAN WERE RESCUED AFTER 13 HOURS

Meanwhile, police filed a case against seven people over the accident, including the owner of Moyur-2 -- the vessel that reportedly hit the ferry. The case was filed on Monday night, Shah Zaman, officer-in-charge of the police station.

Meanwhile, divers of Fire Service and Civil Defence on Monday night rescued a man 13 hours after the ferry sank. The survivor has been identified as Sumon Bepari, 35, said the police official. He was rescued when the vessel was being pulled manually with air lifting bags. 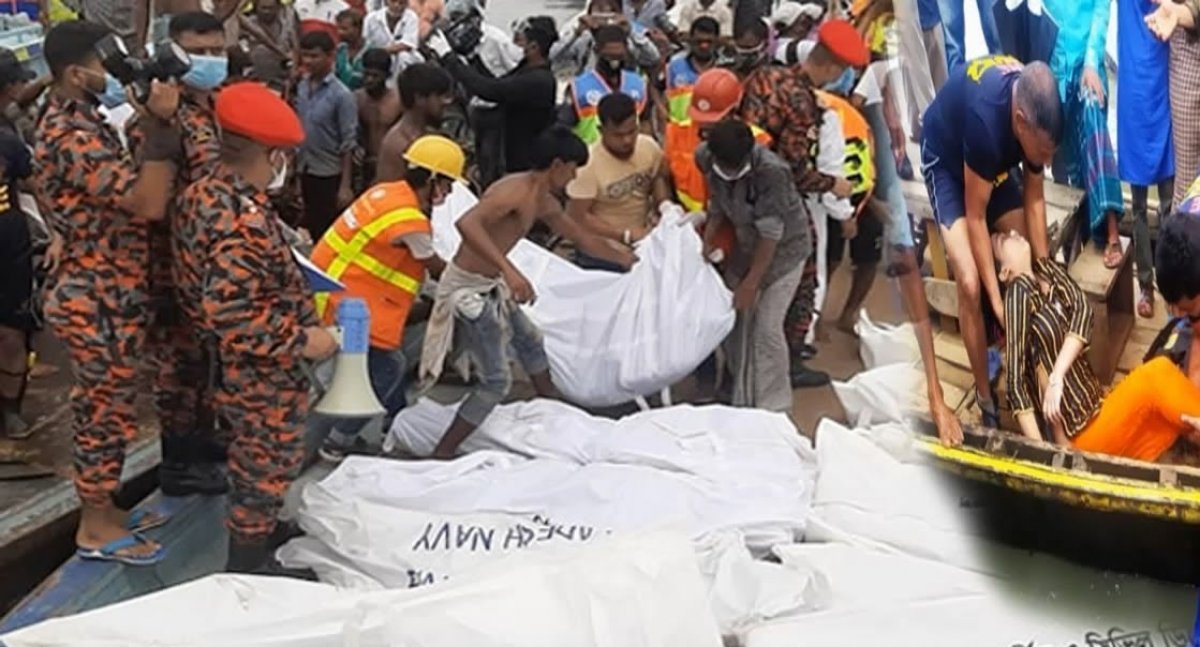 In a live interview, the survivor told the local TV media that there were about 70 to 80 people trapped inside the sunken vessel, Somoy TV reported.