Azerbaijani President Ilham Aliyev vowed to rebuild all of the cities that were liberated including restoring all mosques that were damaged by Armenian forces.

President Ilham Aliyev congratulated the people of Azerbaijan Sunday on the liberation of the city of Jabrayil from Armenian occupation and set several conditions to end military operations, including the withdrawal of Armenian troops from occupied territories.

In an address to the nation, Aliyev said the end of Azerbaijani operations to liberate their land would only occur when Armenian forces retreat from Azerbaijani territory and the country’s territorial integrity is recognized.

He also asked Armenian President Armen Sarkissian to apologize to the Azerbaijani people and to declare that Karabakh is not Armenian land. Aliyev said Sarkissian should also reveal the date of the withdrawal of Armenian troops from occupied territories. 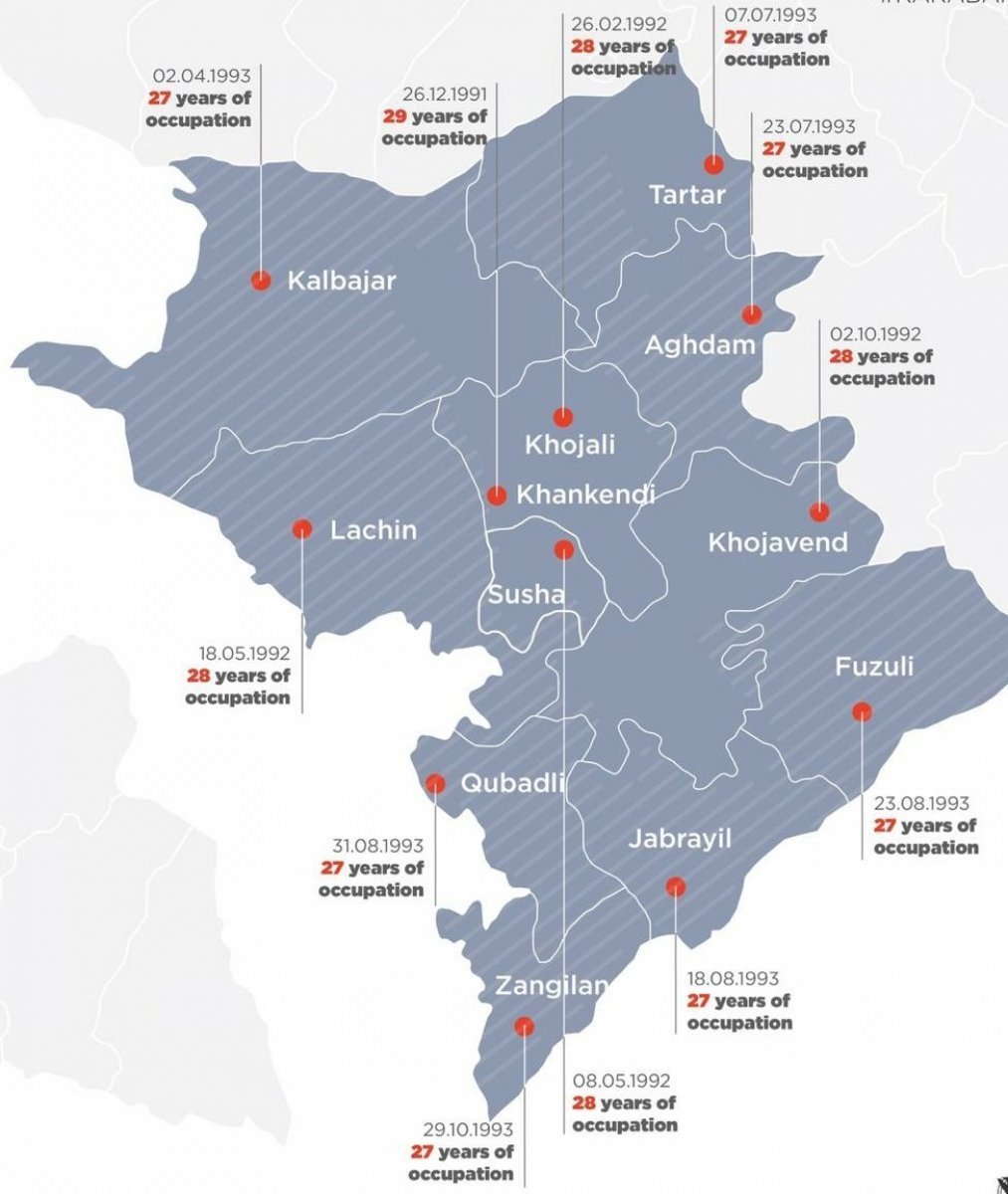 Saying they have been waiting in hope for years to resolve the Nagorno-Karabakh conflict through negotiations, Aliyev recalled that in response to this, Armenia had stated that they would not return the land.

"In the current situation, the sole responsibility lies with the Yerevan administration. At the same time, some countries that ignore this issue and always support Armenia are also responsible," he said.