Chinese gov’t hopes US can create conditions for trade talks

Trump had lauded his Chinese counterpart on Monday and said Beijing was actively reaching out to Washington to make a deal to end the trade war.

China’s foreign ministry reiterated on Tuesday that it had not heard of any recent telephone call between the United States and China on trade, and said it hopes Washington can stop its wrong actions and create conditions for talks.

THERE HAVE BEEN CONTACTS BETWEEN TWO SIDES

Ministry spokesman Geng Shuang made the comment at a news briefing, after US Treasury Secretary Steven Mnuchin said there had been contact between the two sides but declined to say with whom. 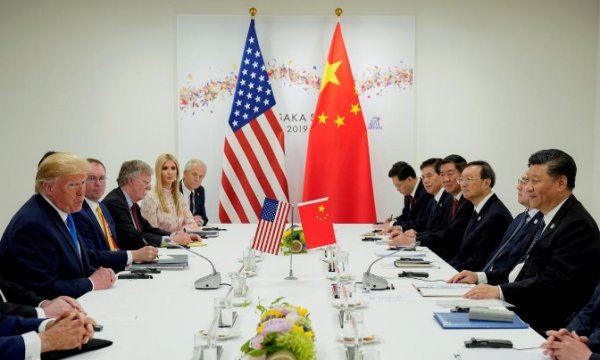 US President Donald Trump on Monday predicted a trade deal with China, citing what he described as increasing economic pressure on Beijing and job losses in China.