Relations between the two countries steadily deteriorated after Canada, at the request of US authorities under an extradition treaty with Canada, arrested Huawei senior executive in December.

As Canadian Prime Minister Justin Trudeau left Wednesday for the G20 Summit in Japan, China fired another salvo in deteriorating relations between the two countries by stopping all meat shipments from Canada.

The official reason is that inspectors found residue of a feed additive in pork products – the additive ractopamine is permitted for certain uses in Canada but it is banned in China.

As well, China claimed that the meat came with forged safety certificates. "The subsequent investigation revealed that the official veterinary health certificates attached to the batch of pork exported to China were counterfeit and the number of those forgery certificates was up to 188," the Chinese Embassy in Canada said in a statement, Tuesday. 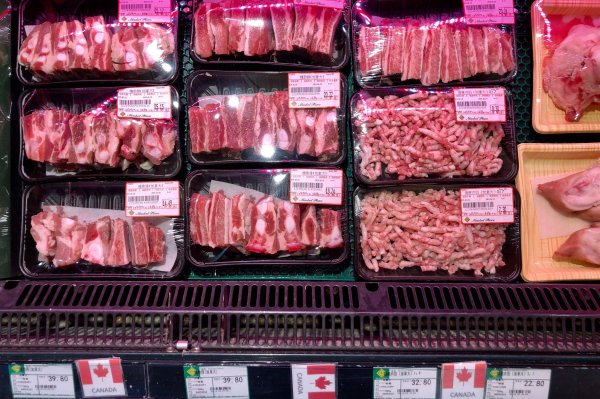 "The Canadian food system is one of the best in the world and we are confident in the safety of Canadian products and Canadian exports," Bibeau said.