The Beijing liaison office said it was resolutely supporting the Hong Kong government in adopting every necessary measure to end the unrest and restore order as soon as possible.

"CITY IS SLIDING INTO TERRORISM"

The South China Morning Post, quoting a statement issued by the Beijing’s liaison office representing Hong Kong and Macau Affairs Office (HKMAO), said a harsher crackdown has become a necessity to end unrest and restore order. “The city is sliding into the abyss of terrorism,“ the statement added. 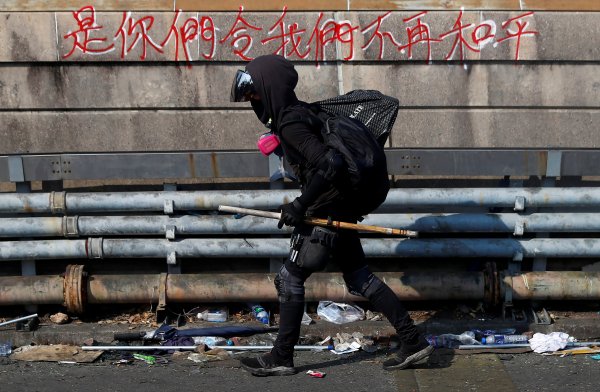 A protester was injured on Monday morning when he was shot at close range by a police officer. 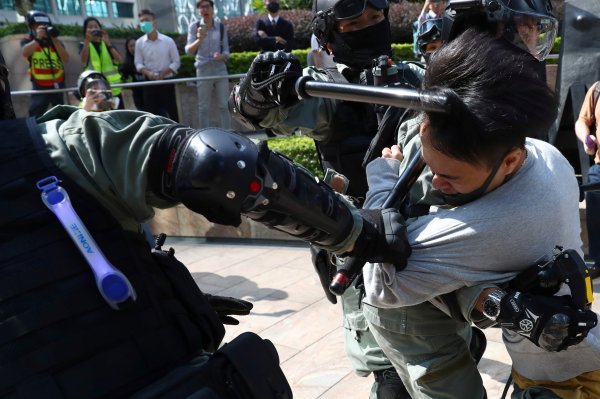 Lashing out at the protesters, Chief Executive Carrie Lam described them as “extremely selfish” for attempting to paralyze the vibrant business hub. 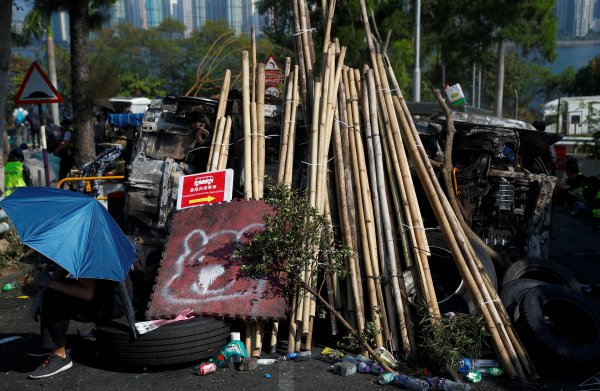 The newspaper report said that Beijing has asked the Hong Kong administration, police and judiciary to “decisively adopt all necessary means to forcefully crack down on various acts of violence and terrorism.” 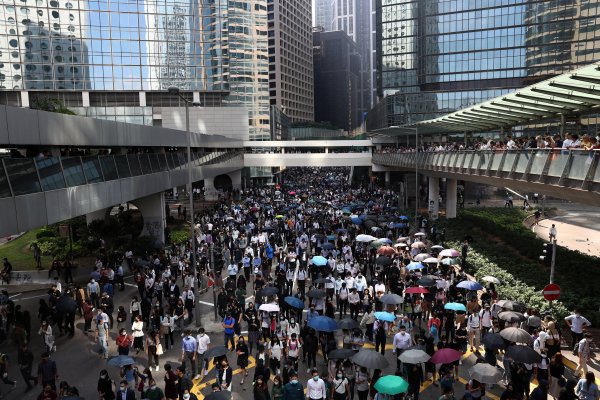