Last month, the US had also removed sanctions on Figuera after he defected from the government.

Canada has lifted economic sanctions on Venezuelan former spy chief, who was involved in the April 30 military uprising, in a new sign of continued support to the Venezuelan opposition.

"Manuel Ricardo Cristopher Figuera has broken ranks with the [Venezuelan President Nicolas] Maduro regime and has called for change in Venezuela," said the Global Affairs Canada, the country’s Foreign Ministry, in a Twitter post.

Canada encourages others "who believe in democracy" for Venezuelan people to follow example of Figuera, former director of Venezuela’s Bolivarian National Intelligence Service (SEBIN), it added.

CANADA HAD PUT SANCTIONS ON FIGUERA ON APRIL 13

The Donald Trump administration had called on Maduro's senior officials and military to throw their support behind Guaido, offering the removal of sanctions should they change course. 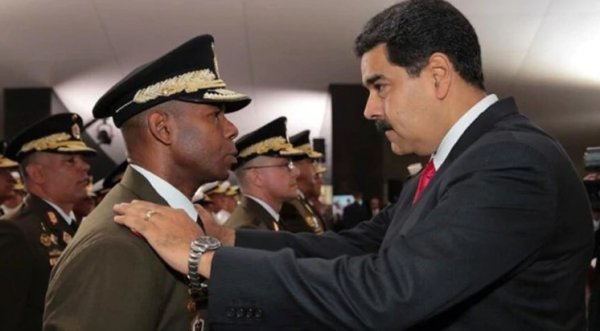 Figuera served as head of SEBIN from October 2018 till April 30, 2019. Previously, he also served as aide-de-camp of former Venezuelan leader Hugo Chavez’s for 12 years.

Maduro said Figuera was "the most powerful figure" to join opposition leader Juan Guaido's failed uprising, and claimed he was "recruited by US intelligence services" in 2018, following the event.