The motion to overrule the veto was passed on Friday by 128 votes in the 240-seat parliament.

Bulgarian lawmakers overturned on Friday the presidential veto of a deal to purchase eight Lockheed Martin F-16 fighter jets from United States, clearing the way for Bulgaria’s biggest military purchase since the fall of Communism.

"THE VETO IS UNREASONABLE"

On Monday President Rumen Radev vetoed a decision by parliament to approve the $1.26 billion deal, describing a lack of consensus on the contracts as "extremely worrying".

The Black Sea state, a staunch Washington ally, is looking to replace its ageing Soviet-made MiG-29 aircraft after 2023 and improve its compliance with NATO standards. Bulgaria’s government agreed the deal with the United States two weeks ago, following a long-running saga that has seen a succession of Bulgarian governments fail to make a decision on which warplane to pick. 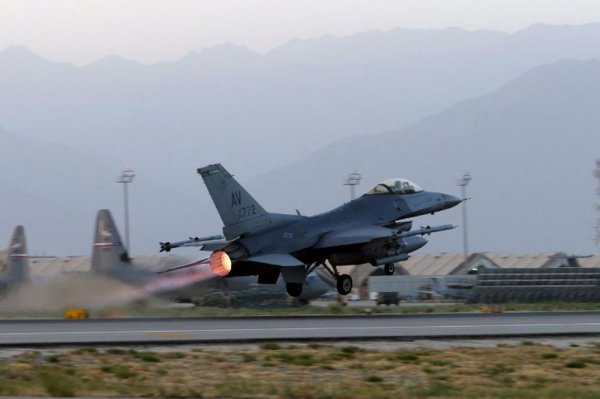 "Тhe veto of the president is unnecessary and unreasonable," Konstantin Popov, chair of parliamentary defense committee, told lawmakers. "It has clearly been proven that the motives are absolutely insubstantial."