Thousands of protesters gathered in London rallied against Brexit and Boris Johnson becoming the next Prime Minister.

Opponents of Britain’s exit from the EU hoisted a “Boris blimp” portraying the UK’s likely next prime minister as a crying child as they demonstrated outside parliament on Saturday.

"NO TO BORIS, YES TO EUROPE"

Boris Johnson, a former London mayor, has been one of the figureheads of the movement to take Britain out of the EU and has pledged to complete the schism by the end of October. 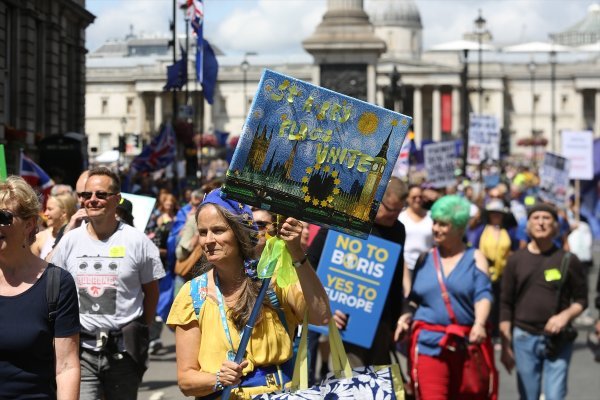 Inspired by the orange blimp of a baby Donald Trump that mocked the US President during his visit to London last month, the balloon featured Johnson in a t-shirt emblazoned with a red bus and the figure 350 million pounds, referring to his promise of clawing back cash from Brussels to spend on Britain’s state health service instead. 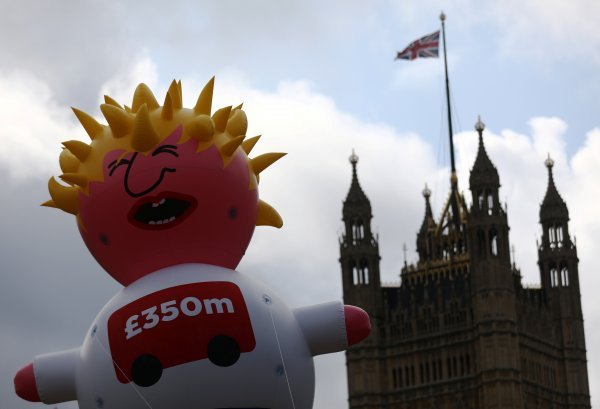 Prime Minister Theresa May announced her resignation two months ago after failing to win parliamentary approval for the exit deal she had negotiated with Brussels and her successor will be announced next week. 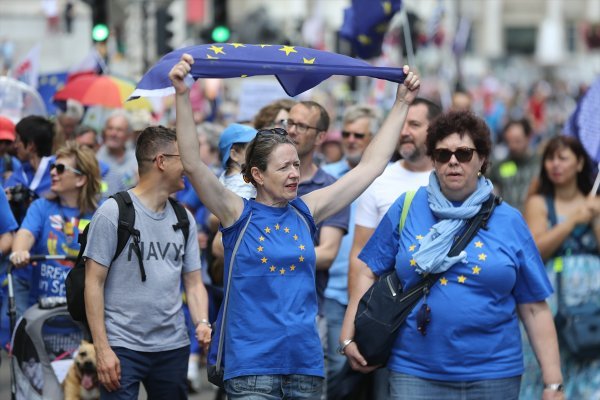 Johnson, who is widely expected to replace her, has pledged to leave the EU with or without a transition deal on Oct. 31. 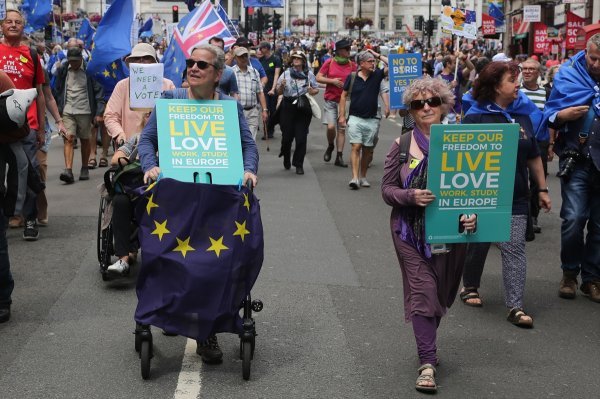 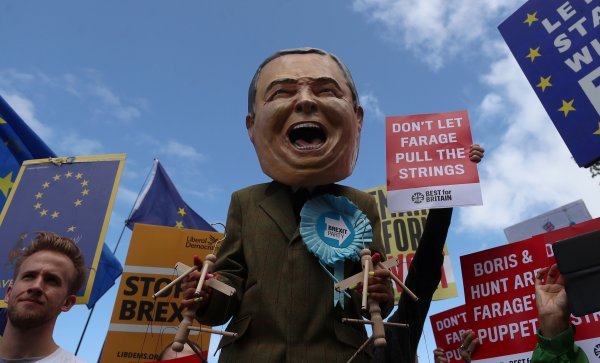