Churchill statue was boarded up on June 12, after it was daubed with graffiti accusing him of being a 'racist' amid Black Lives Matter protests.

The protective boards placed around the statue of Winston Churchill in London’s Parliament Square were removed on Wednesday evening ahead of a visit by French President Emmanuel Macron on Thursday.

The statue was covered in black tarps by workers after the protective boards were removed.

THE STATUE WAS DEFACED ON JUNE 8

The statue of former British Prime Minister along with the Cenotaph, George Washington, King James II, Mahatma Gandhi, and Nelson Mandela was boarded to protect from the Black Lives Matter protesters on June 12. It was defaced and sprayed with graffiti on June 8 during a protest prompted by the death of George Floyd in the US. 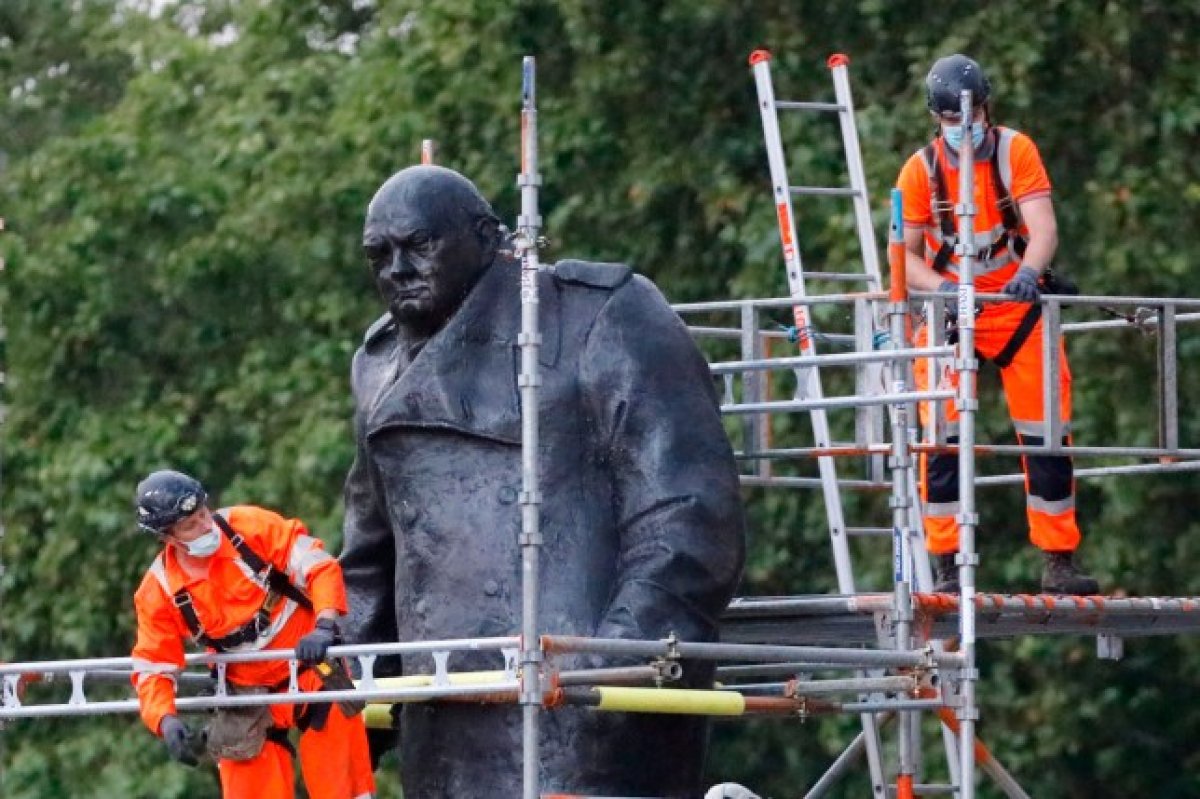 The words "was a racist" were written beneath the statue of the war time leader. 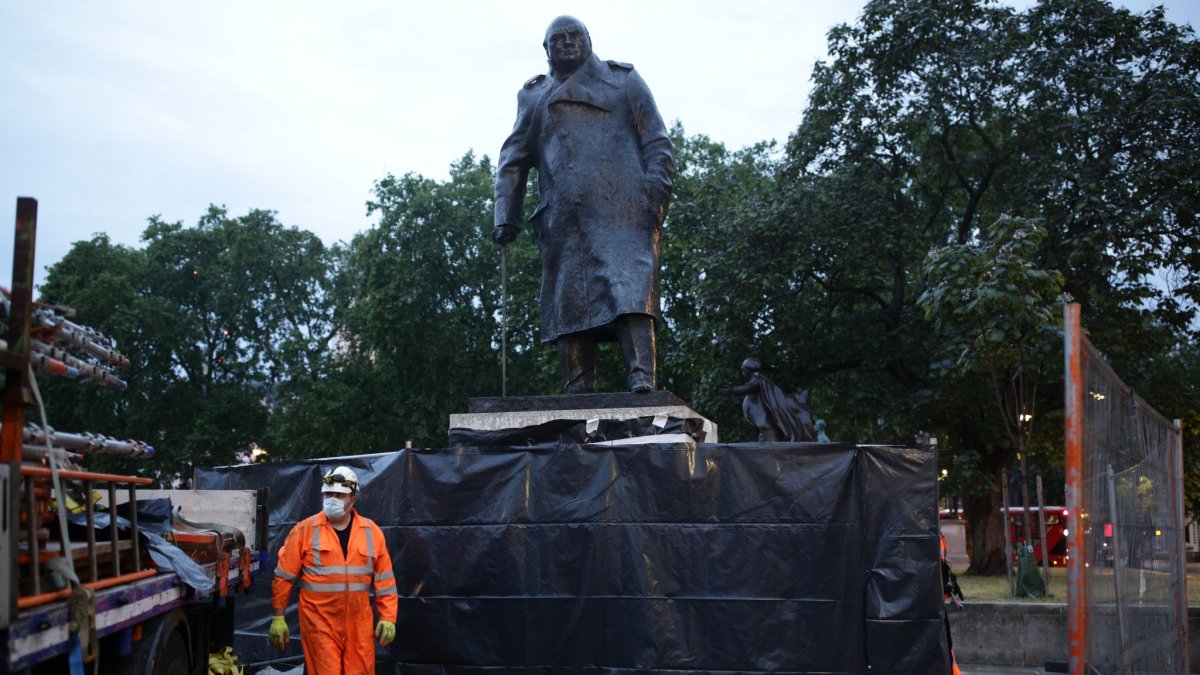 Macron will visit London to mark the 80th anniversary of a famous speech by Charles de Gaulle.