After the opposition declared victory, celebrations were also held in Serbia's capital Belgrade, and in Banja Luka city, where the Serb population is concentrated in Bosnia and Herzegovina.

ELECTION COMMISSION HAS NOT YET ANNOUNCED THE PRELIMINARY ELECTION RESULTS

President Milo Djukanovic’s pro-Western DPS has ruled the country for 30 years, while the opposition Democratic Front (DF) leans more towards Russia and Serbia.

Meanwhile, the main opposition For the Future of Montenegro coalition won 32.8% of the vote or 27 seats. Another opposition coalition, Peace is Our Nation, garnered 12.5%. Five other parties won small percentages of the vote.

Djukanovic, who also leads the DPS, said that based on about 90% of the counted votes, his party has won 30 seats in parliament.

He emphasized that the DPS, according to the data, won about 145,000 votes. "Such a result means the DPS is the strongest party in Montenegro in terms of votes won and seats won. The results are still coming in…We will wait for the official results of the State Election Commission," he added. He said the DPS together with its traditional coalition partners currently has 40 seats in parliament and that the fight for a majority of the seats is still ongoing. 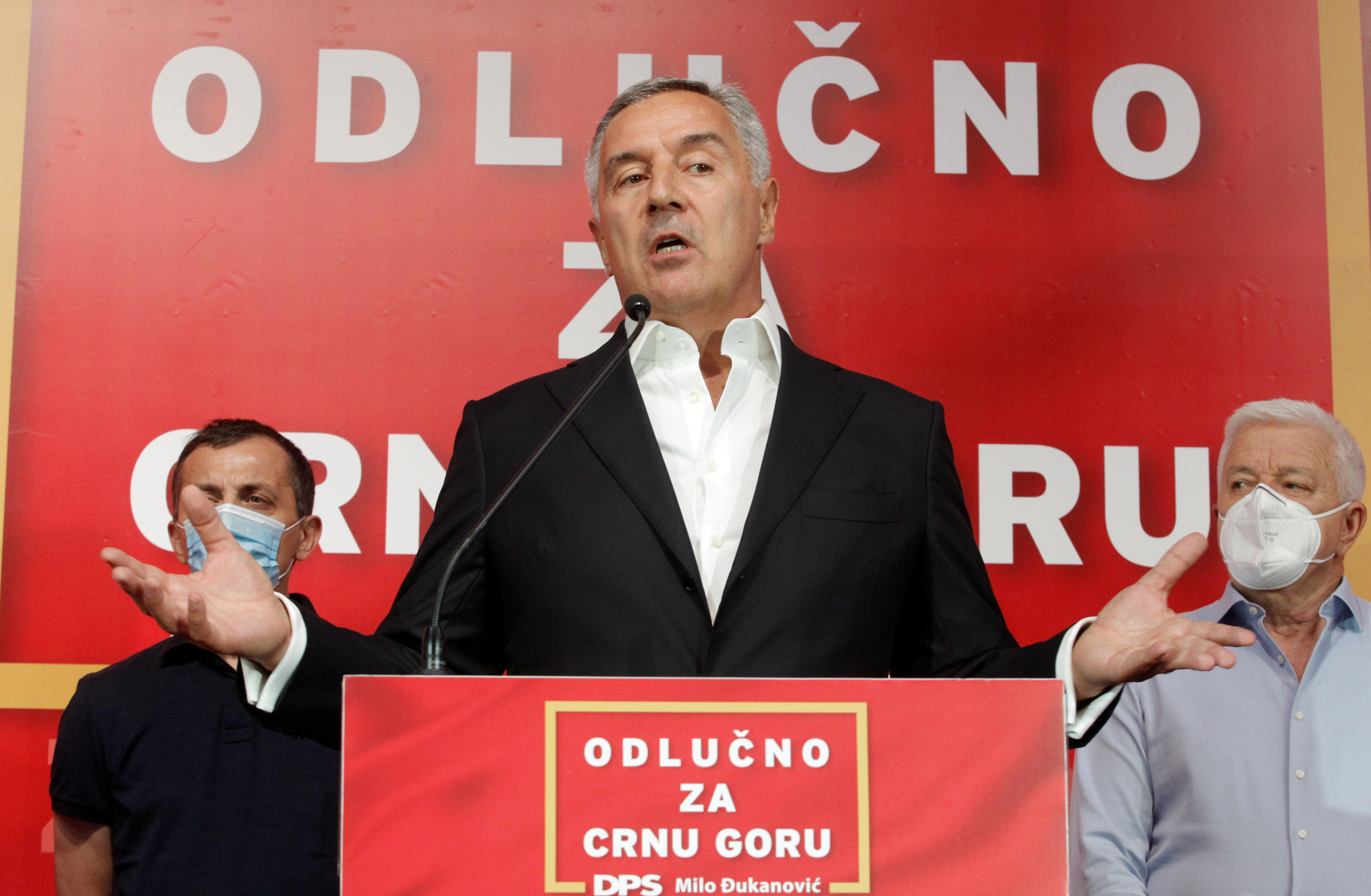 The leader of the For the Future of Montenegro coalition, Zdravko Krivokapic, said in his victory speech that Djukanovic, who has been in power for around 30 years, lost the election, and “the regime fell.”

"Our first goal is to extend the hand of peace to everyone. We want other minority parties to be with us. Montenegro is the mother of all," said Krivokapic.