The Balkan country was without a government since October last year, when general elections were held.

The largest Bosniak, Serb and Croat parties agreed to form a new government in Bosnia and Herzegovina on Tuesday.

The tripartite presidency of the country, which consists of Bosniak, Serb and Croat members, gave the mandate to form a new government to Zoran Tegeltija from Serb party Alliance of Independent Social Democrats (SNSD).

"WINNER IS THE PEOPLE"

Bosniak member of the Presidential Council, Sefik Dzaferovic, in a news conference said that there are no winners or losers in the decision. "Winner is Bosnia and Herzegovina and its people," he added. 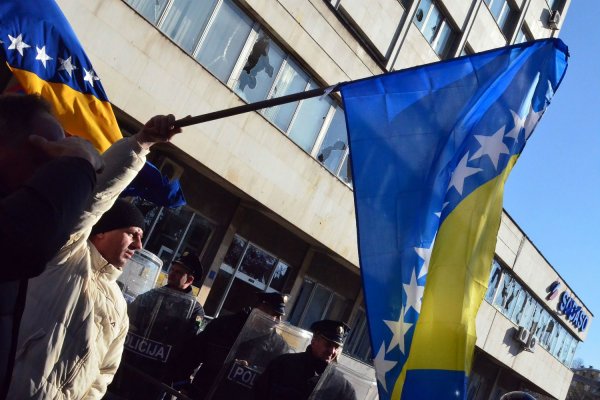 According to the agreed-upon deal, the government will be formed by SNSD, Bosniak party Democratic Action (SDA) and Croat party Croatian Democratic Union (HDZ).

Turkey also welcomed the agreement in a statement by the Foreign Ministry. “We welcome that, in the meeting held today by Presidential Council of Bosnia and Herzegovina, an agreement was reached which paves the way for the establishment of the government at the state level in the country,” said the ministry.