According to several human rights organizations, thousands of people have reportedly been killed in the conflict in the region since 1989.

Six soldiers were wounded in a car bombing by militants in Pulwama district Monday, according to Indian army.

The militants used an Improvised Explosive Device (IED) to attack a military vehicle, according to the Indian Army.

“A failed attempt was made to attack a mobile vehicle patrol of 44 RR with a Vehicle Based IED while the Army patrol was moving in the general area Arihal in district Pulwama,” defense spokesperson Col. Rajesh Kalia told reporters. According to authorities, the soldiers were stable. 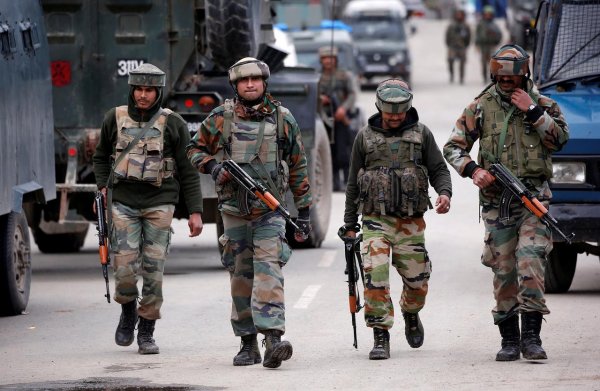 The attack comes three days after Pakistani intelligence reportedly told the Indian High Commission in Islamabad and US authorities they had information about an explosive laden vehicle in Pulwama in Kashmir.

Pakistan informed India there was going to be an attack to avenge the killing of militant commander Zakir Musa, according to a report in the The Indian Express. Indian security forces in Kashmir swung into action and was on high alert, checking various places. “The damage was minimized due to the alertness of the patrol party,” the army’s statement said. In February, at least 40 Indian soldiers were killed in a car bomb in Pulwama.