Black armed protesters march against police brutality in US

A group of heavily armed Black protesters marched through Louisville, Kentucky on Saturday demanding justice for Breonna Taylor, a Black woman killed in March by police officers who burst into her apartment.

Scores of the demonstrators, carrying semi-automatic rifles and shotguns and clad in black paramilitary gear, walked in formation to a fenced off intersection where they were separated by police from a smaller group of armed counter-protesters.

The Black militia dubbed NFAC want justice for Taylor, a 26-year-old emergency medical technician who died in a hail of gunfire when drug investigators bearing a “no-knock” warrant entered her Louisville home four months ago. 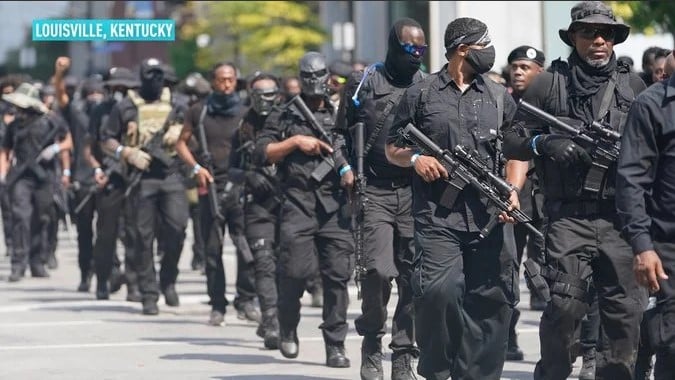 One police officer involved in the raid was fired by the city’s police department in June. Two other officers have been placed on administrative reassignment. No criminal charges have been filed against any of the three. 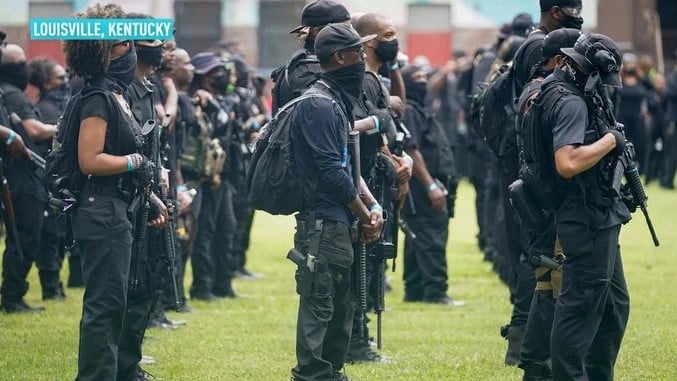 The leader of the NFAC group, John “Grandmaster Jay” Johnson, called on officials to speed up the investigation into her death and to be more transparent. “If you don’t tell us nothing we going to think you ain’t doing nothing,” Johnson said in a speech, according to the Louisville Courier Journal.