Tens of thousands of people poured into Independence Square on Sunday after a disputed election gave President Alexander Lukashenko another term in office.

"Citizens gathered in Minsk and other regional centers to participate in the previously announced protest action. The maximum number of participants was recorded in the capital – about 20,000 people. In Brest and Grodno - no more than 3,000 people," ministry's spokeswoman Olga Chemodanova said in a post on Telegram. 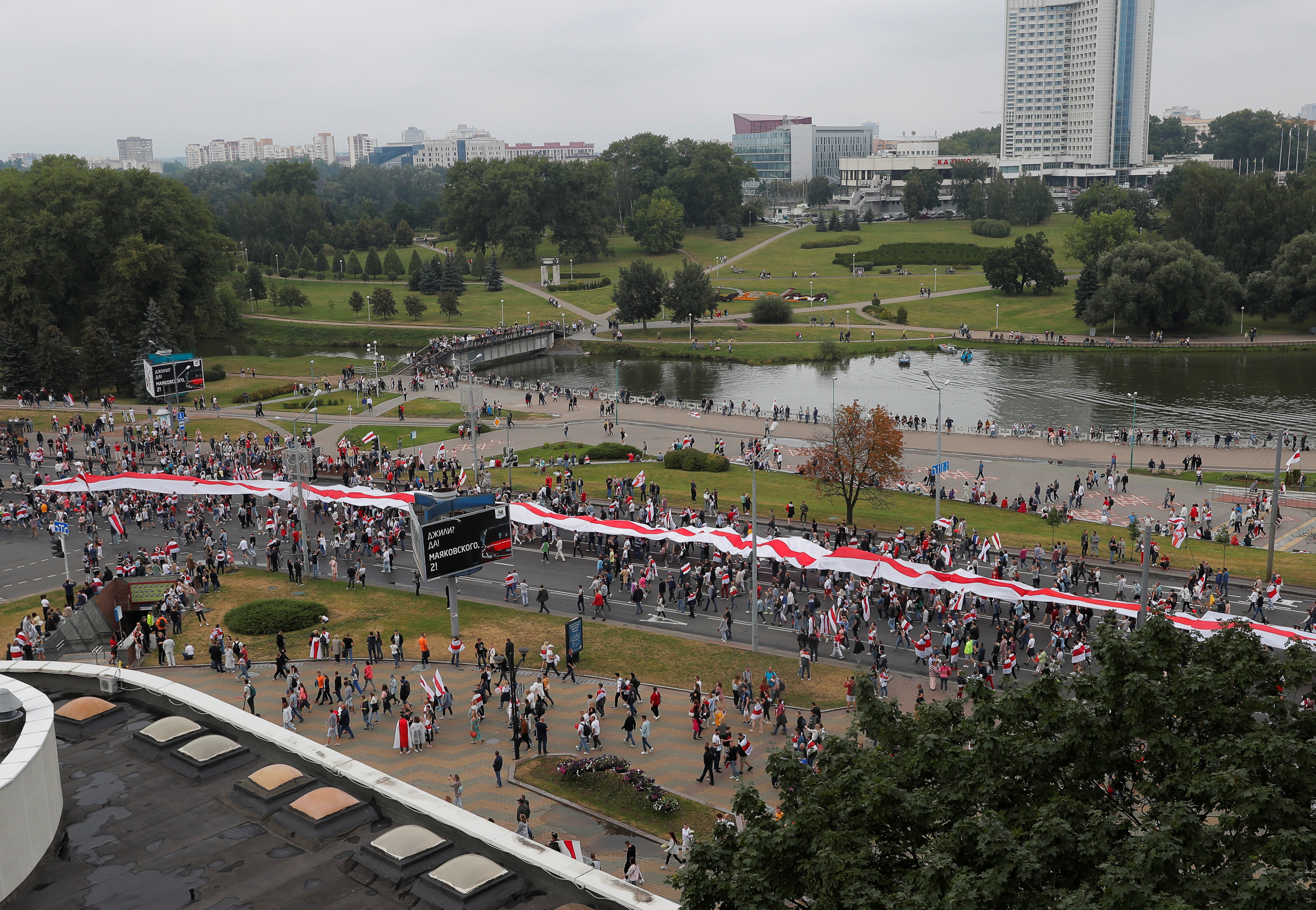 According to Chemodanova, "some individuals and Internet resources" actively encouraged citizens to organize mass events without mentioning that some of them are punishable under the administrative and criminal codes. 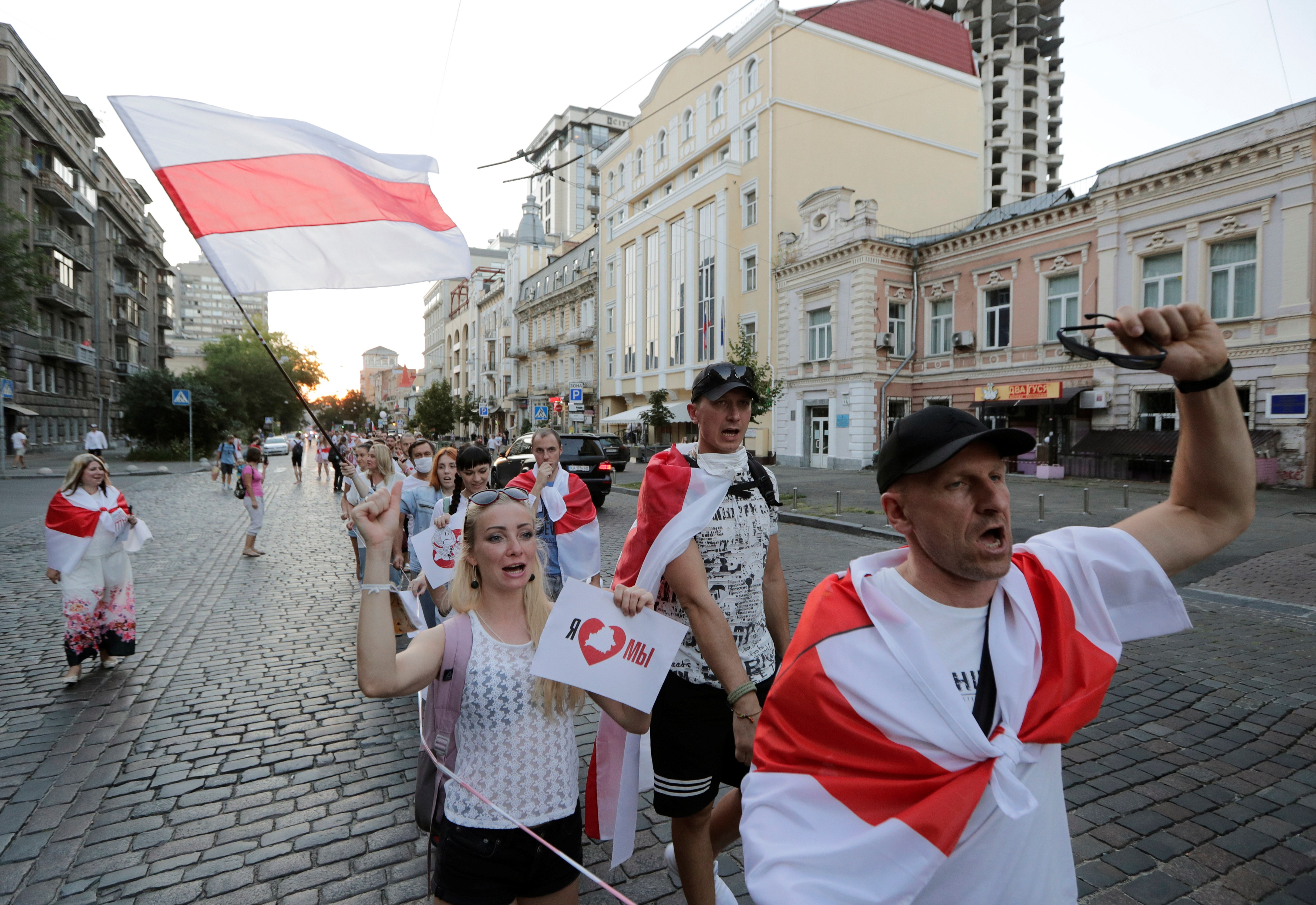 The gatherings were peaceful as many protesters came with flowers and did not attack the law enforcement. However, 79 violations of the law on mass events were registered over the past day. 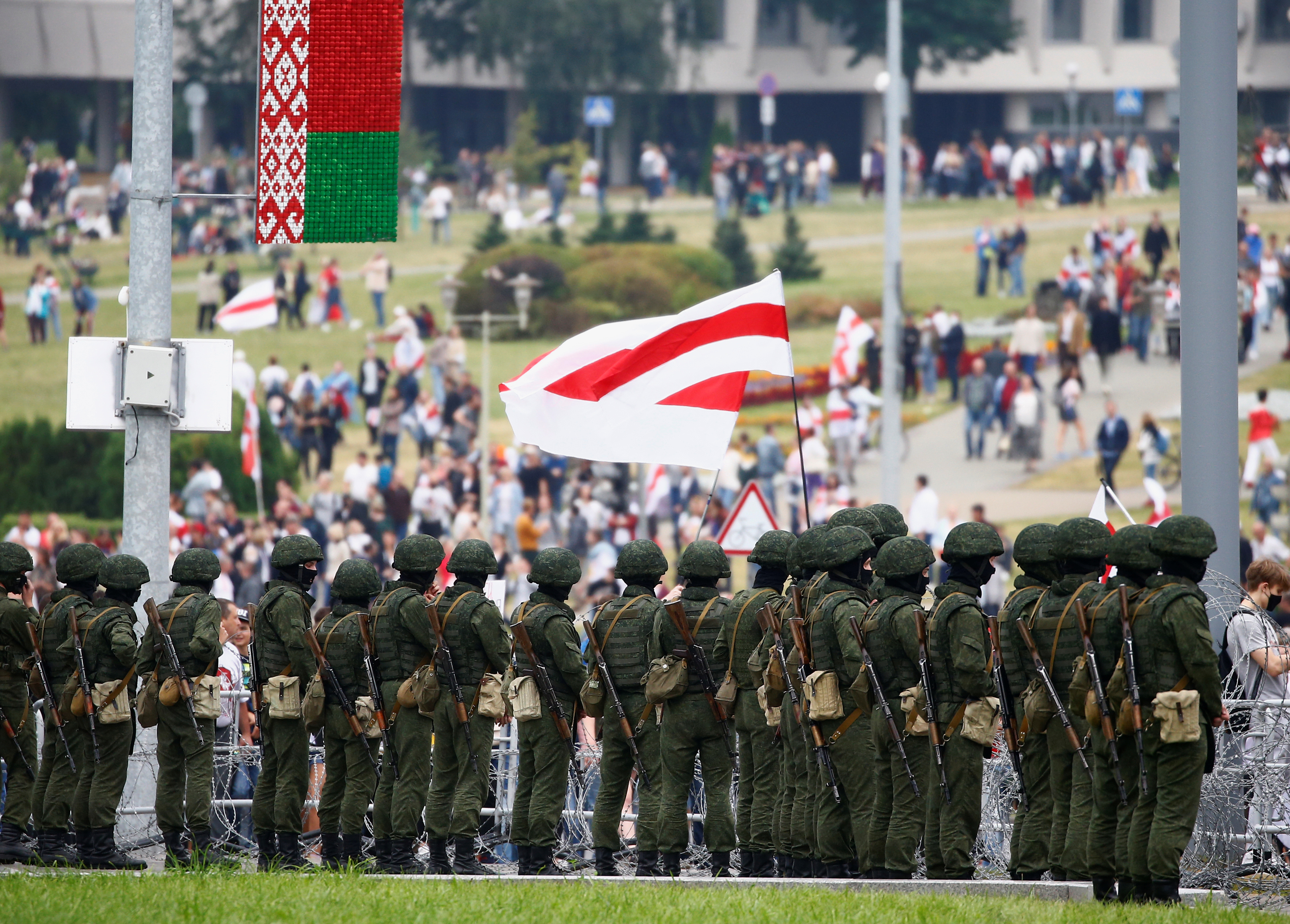 There were no arrests yesterday, but earlier today two members of the opposition Coordination Council -- Sergey Dylevsky and Olga Kovalkova -- were summoned by the police for interrogation over violation of the law on mass gatherings.

Meanwhile, Belarus and Lithuania exchanged accusations over airspace violation. Belarus said Lithuania sent "a sonde disguised as balloons with anti-state symbols" while Lithuania said a Belarusian helicopter, hovering over a chain of protesters lined near the Lithuanian border, entered its airspace.