According to the local sources, the death toll expected to raise.

At least 15 people were killed in clashes between Iraqi security forces and anti-government protesters in Baghdad on Sunday night, police and medical sources said.

The 15 were killed in the Sadr City residential district of the capital, where police backed by the armed forces used live round and tear gas on the crowd of demonstrators. 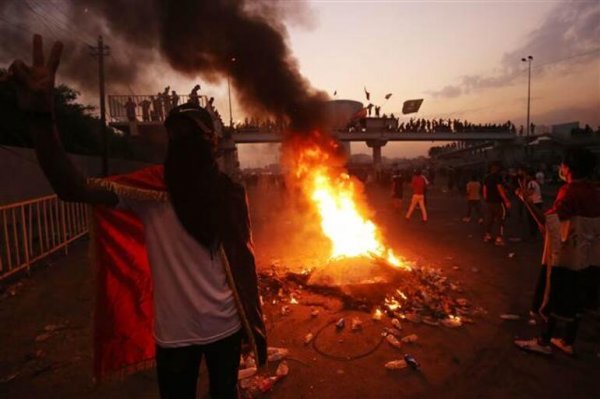 The death toll after six days of unrest has now passed 100 and more than 6,000 have been wounded.