At least 5 migrants die in the northwestern coast of Libya

The Libyan Coast Guard received information that a migrant boat nine miles off the coast of Khoms city needed urgent help, the Libyan Navy of the UN-recognized Government of National Accord (GNA) said in a statement.

The boat was carrying migrants from Sudan, Egypt and Morocco. A search is underway for more possible survivors or bodies.

At least 40 migrants, most of them Sudanese nationals, are estimated to be missing and presumed drowned, the United Nations High Commissioner for Refugees (UNHCR) said in a statement late Tuesday.

Rescued migrants were brought to a coastal city east of the capital Tripoli where UNHCR teams provided medical and humanitarian assistance. 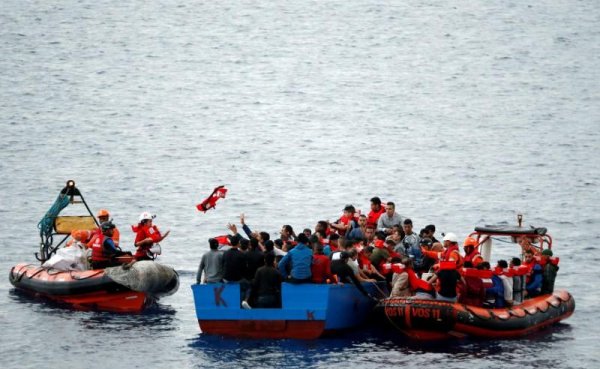 According to the International Organization for Migration (IOM), 578 migrants have drowned in the triangle between Libya, Malta and Italy in the Mediterranean since the beginning of the year until Aug. 15.

Last year, more than 2,240 people either died or went missing at sea while attempting to reach Europe via the Mediterranean, according to the UN Refugee Agency.