At least 264 detained in anti-Putin protests

Russian police detained 264 people on Saturday, including prominent opposition activists, around a political protest in Moscow which government had declared illegal.

Jailed opposition leader Alexei Navalny had called for the protest, near the Moscow mayor’s office, to pressure authorities to allow opposition-minded candidates to run in a Sept. 8 local vote in Moscow, which they have been barred from.

PUTIN HAD PROHIBITED DUE TO "NUMBER OF SIGNATURES"

The protest campaign is also intended to raise the heat on Russia’s tightly-controlled political system at a time when President Vladimir Putin’s rating has dropped due to discontent over years of falling real incomes. 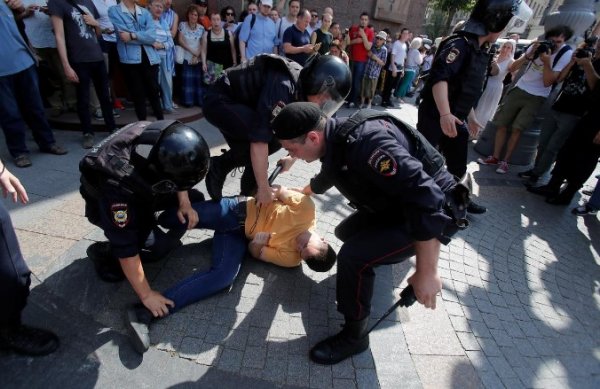 Authorities say the local election candidates were prohibited from running because they had failed to collect a sufficient number of genuine signatures in their support, an allegation the opposition rejects as false. 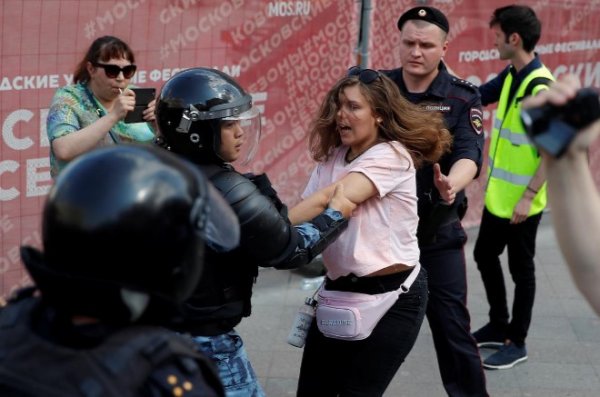 OVD-Info, a monitoring group, said police had detained at least 264 people before or at Saturday’s protest, which was attended by thousands of people. 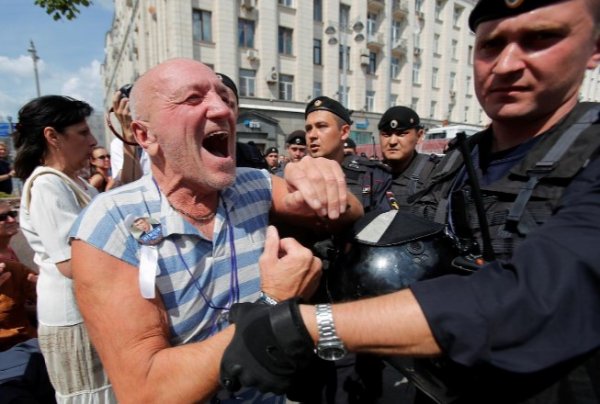 One of those detained, Alexander Latyshev, 45, said he had came to Moscow from the nearby Vladimir region to discuss business with an associate and been randomly detained by police. “I was just sitting on a bench (when they took me),” he said. 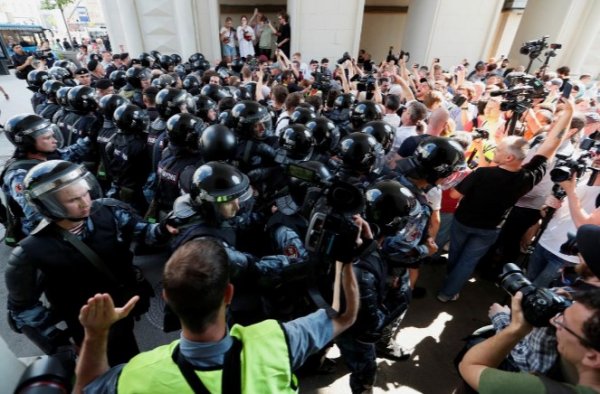 Earlier on Saturday, the police detained activists to prevent them from attending the protest and blocked off some central streets to help them control the situation. 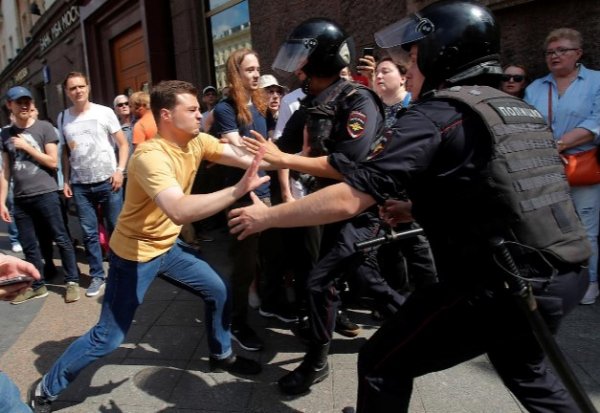 Under Russian law, the location and timing of such protests needs to be agreed with the authorities beforehand, something that was not done in this case.