Assad regime has consistently broken the terms of the cease-fire by launching frequent attacks inside the de-escalation zone.

At least 14 civilians were killed in regime attacks in de-escalation zone in northern Syria on Saturday, according to sources with the White Helmets civil defense agency.

Regime forces bombarded the town of Arihah in Idlib province and the towns of Al Amqiyah, Morek, Hawash and Al-Zeyarah in Hama province, the sources said. 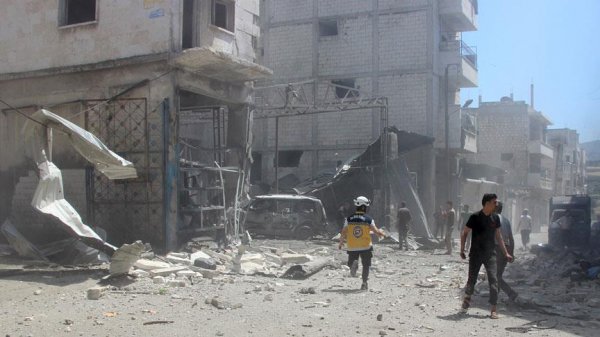 The attacks on Arihah have left 14 people dead and 30 others injured, according to the sources.

Turkey and Russia agreed last September to turn Idlib into a de-escalation zone in which acts of aggression are expressly prohibited.