Speaking to the report, it was the sixth such attack near the observation post, with similar attacks by the regime having been reported on April 29, May 4, 12, 31, and June 8.

The Syrian regime forces on Thursday targeted an area located near a Turkish observation post in Idlib, northwestern Syria, twice in two hours.

The Bashar al-Assad regime forces attacked the 10th observation post in the Zawiya region with artillery and mortar fire. Material damage was reported and the fire it caused is yet to be distinguished.

The Turkish Armed Forces (TSK) sent reinforcements to the area last night, as the area has been targeted several times by Assad regime forces over the past three months. 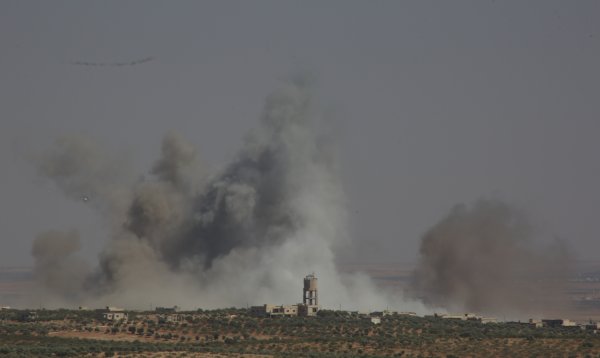 The Turkish military set up 12 observation posts in Idlib’s de-escalation zone after the ninth round of Astana-hosted peace talks. As a guarantor state for Damascus, Moscow is responsible for preventing attacks by the Assad regime and Iran-backed militia groups, which have repeatedly violated last year’s Sochi agreement between Turkey and Russia.