As Bashar Assad regime continues attacking civilians Syria, the forces have now targeted the Idlib province where more than 3 billion civilians live in.

Hundreds of thousands of people lost their lives, more than 5.5 million civilians took refugee in other countries when the Syrian civil war left eight years behind.

Assad forces have been pressing an assault on civilians with air attacks and ground battles that have already forced tens of thousands to leave their home. 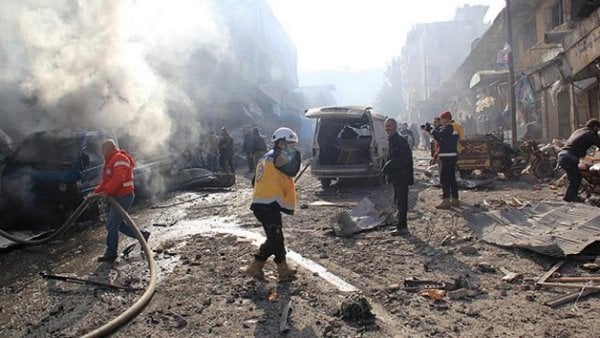 According to the local sources, the defense minister in the Assad regime, General Ali Ayoub, visited Hama airport yesterday. Ayoub promised that the air forces will be equipped with new Russian fighter planes before the beginning of the year. Assad regime has signed a deal with Russia over the purchase of 24 "Mig-29 smt" jets, two fleets of Mi-28 "Night Catcher" and two fleets of "yak-130".