Protesters urged the international community to intervene against Turkey and Azerbaijan.

Armenians held a demonstration in the French capital Sunday against Azerbaijan's operation to liberate its Armenian-occupied territories.

Members of the PKK terrorist organization also took part in the Paris protest, which was organized by the Coordination Council of Armenian Organizations of France (CCAF).

The demonstrators gathered in Invalides Square to protest against Azerbaijan exercising its right of self-defense against Armenia's attacks.

CCAF officials accused French President Emmanuel Macron of leaving Armenia alone and demanded that Nagorno-Karabakh be recognized as Armenian territory. They claimed that Armenians are the most civilized nation in the region and that Armenia is the greatest protector of feminism, democracy and civilization. 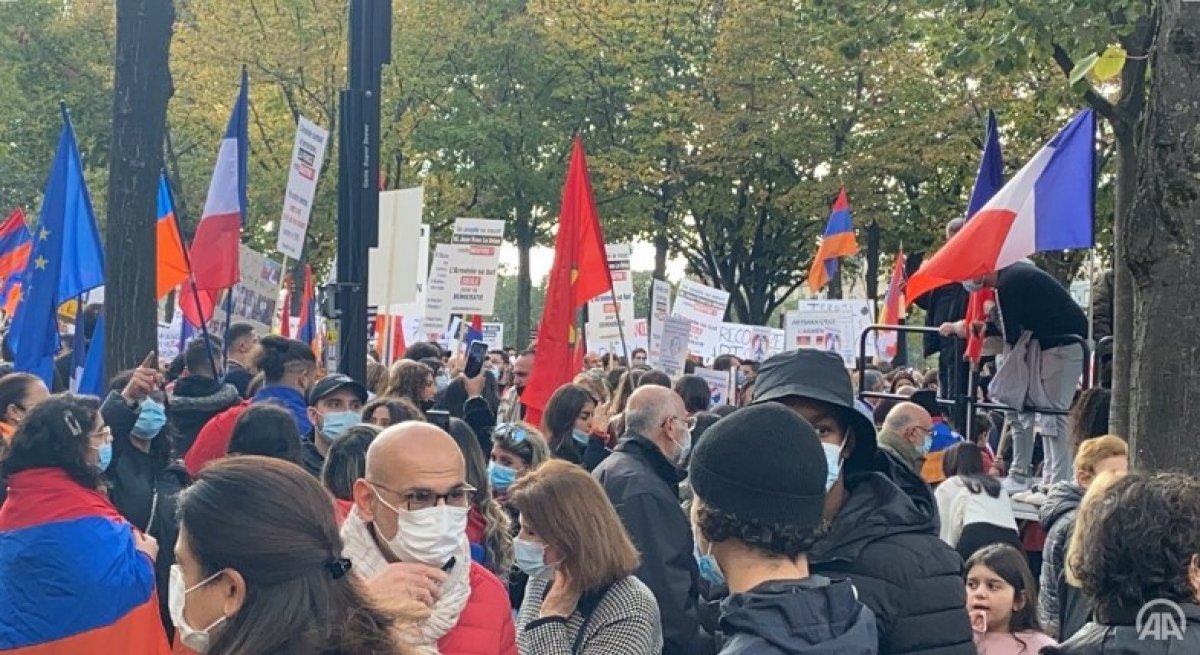 On Oct. 10, Baku and Yerevan agreed to a cease-fire starting midday to allow a prisoner exchange and the retrieval of bodies in Upper Karabakh. 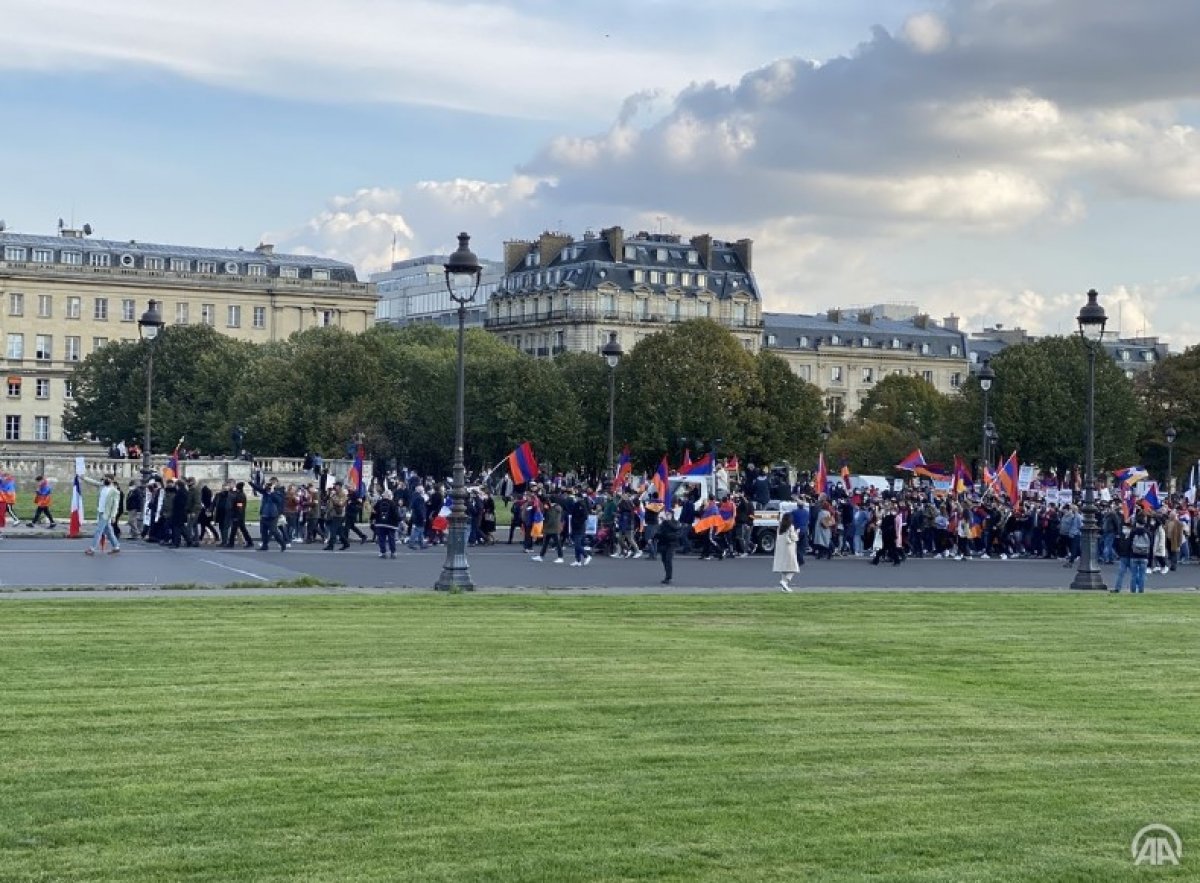 But before 24 hours had passed, the Armenian army carried out a missile attack on the city of Ganja in Azerbaijan, killing 10 people and injuring 35 others.