Reporters saw six houses, around half the village, on fire in Charektar on Saturday.

Armenians are resorting to a scorched earth policy as the clock ticks down to a handover of the territory to Azerbaijan under a Russia-brokered peace deal that followed six weeks of fighting between Armenian forces and Azerbaijan over Nagorno-Karabakh and surrounding areas.

THE VILLAGE IS INTERNATIONALLY RECOGNIZED AS AZERBAIJAN'S 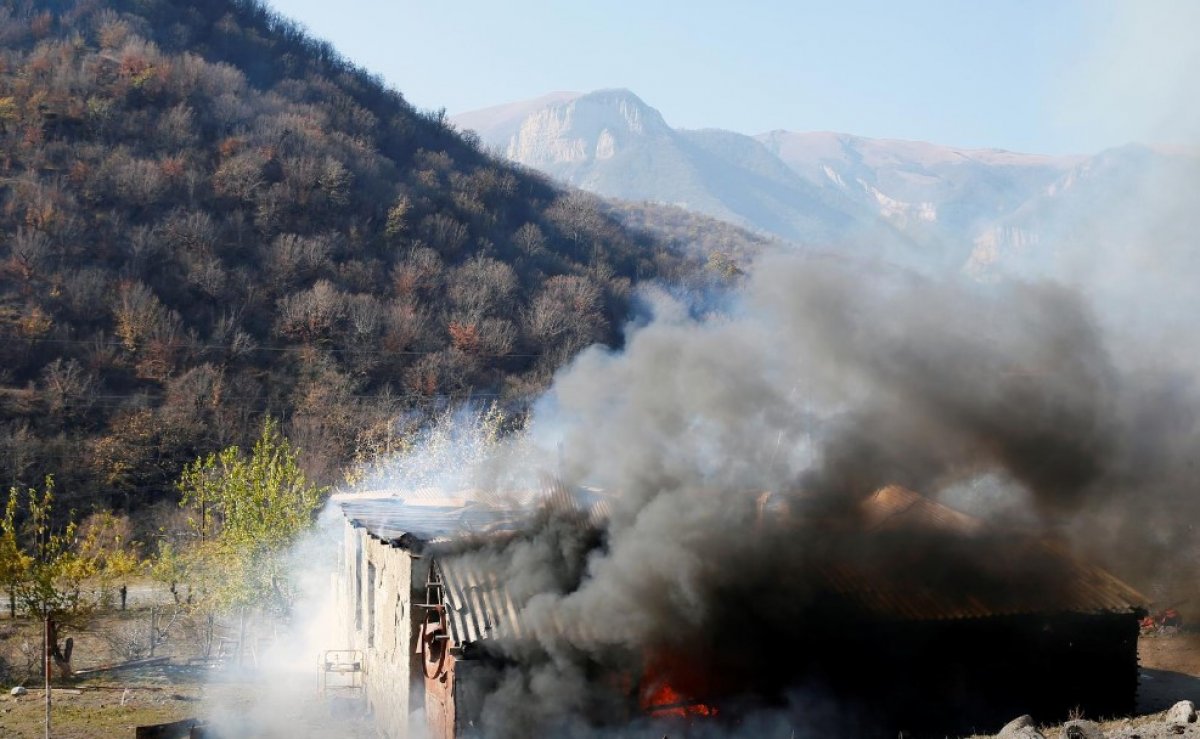 On Sunday, the Azeris will return and take back control of the area. 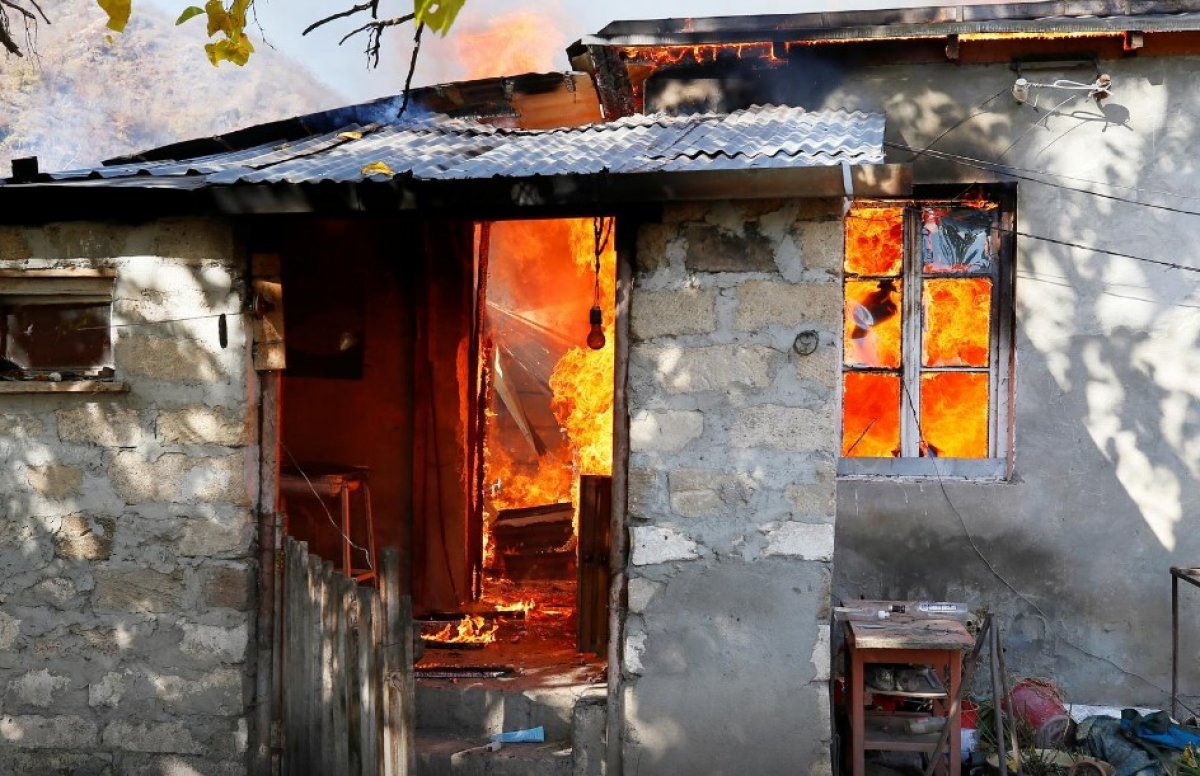 One man, who refused to give his name, said Armenians were carting off everything they could as trucks nearby loaded up with household possessions.