"Get ready to defend our sacred homeland," Pashinyan said in his tweet. 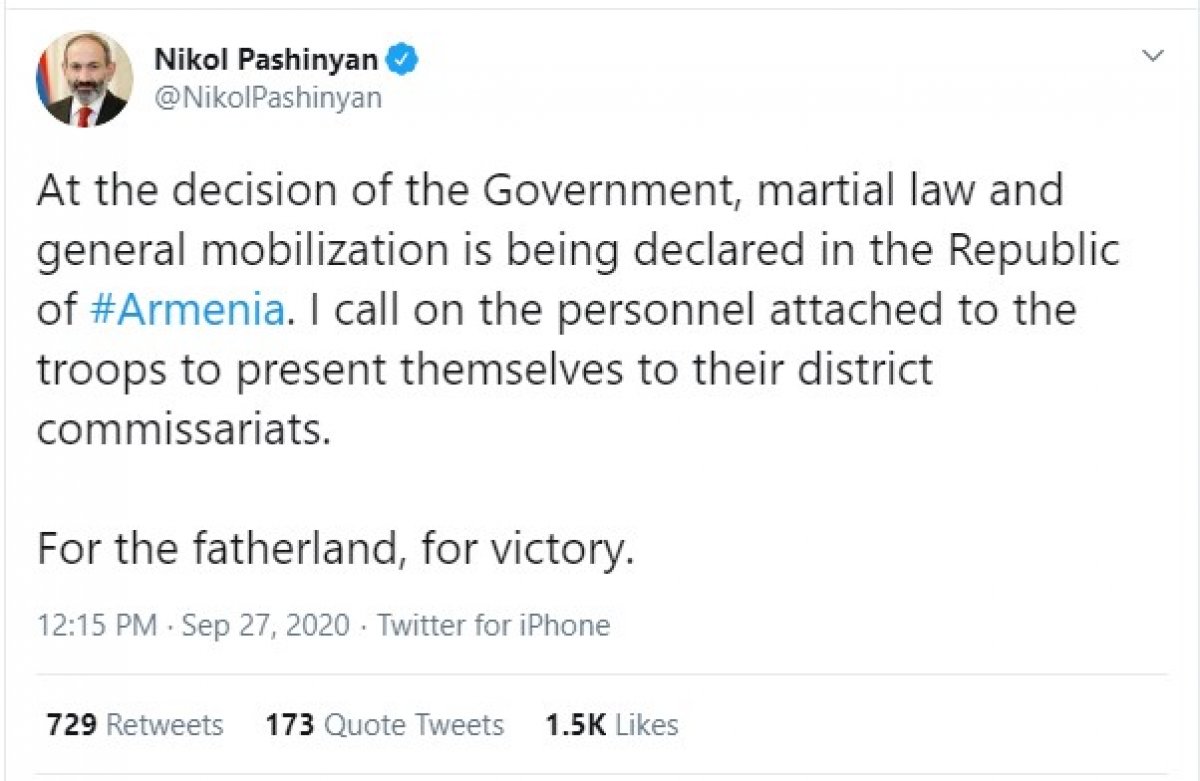