Azerbaijan said that Armenian forces opened fire on Tovuz, Gadabay, and Dashkesan regions of Azerbaijan from the Berd, Chambarak, and Vardenis regions of Armenia.

Azerbaijan on Monday said Armenian forces continued attacks on its civil settlements and military units, despite a fresh humanitarian cease-fire in Karabakh.

ARMENIAN ARMED FORCES ARE FIRING AT OUR HUMAN SETTLEMENTS

The villages of Aghdam region, as well as the city of Tartar and its surrounding villages are being subjected to heavy shelling, Azerbaijan's Defense Ministry said in a statement.

"...the Armenian armed forces are firing at our human settlements, and the positions of units of the Azerbaijan Army along the entire front, as well as on the Armenia-Azerbaijan state border using various types of small arms, mortars, and howitzers," the statement read. 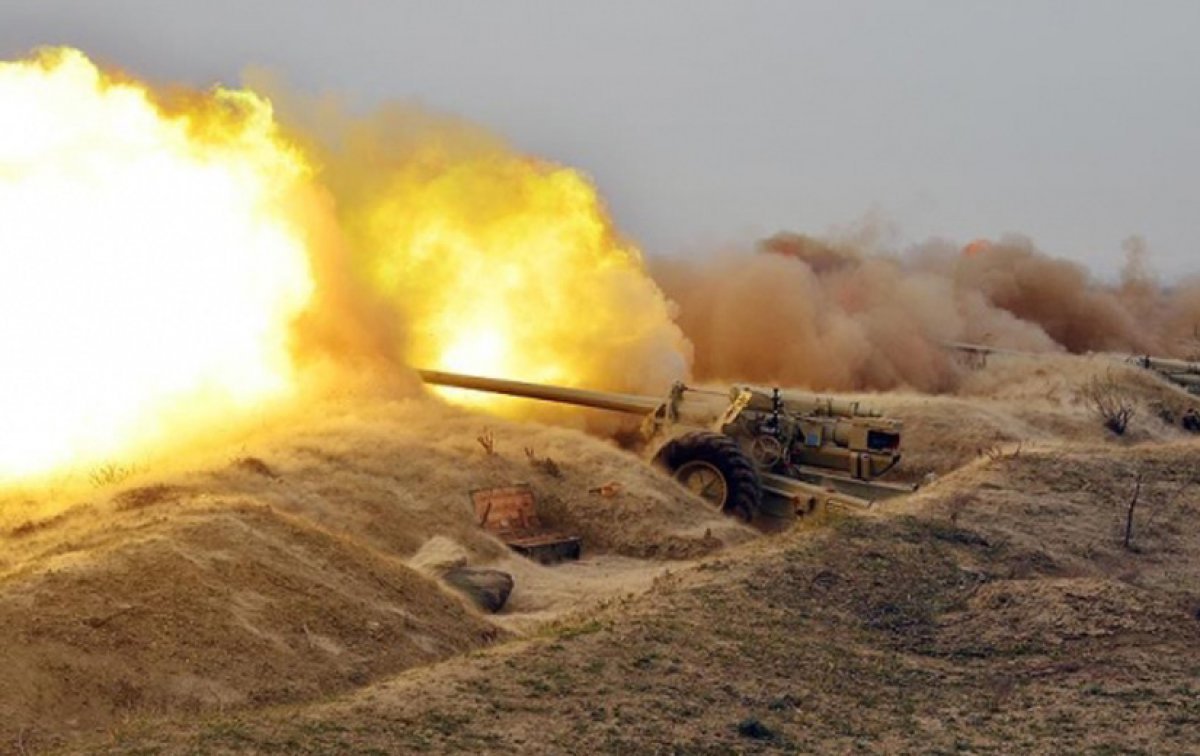 The ministry added that Armenian forces also opened fired on Tovuz, Gadabay, and Dashkesan regions of Azerbaijan from the Berd, Chambarak, and Vardenis regions of Armenia.

The positions of Azerbaijani units in Tartar, Aghdam, Fuzuli, Lachin, and Gubadli also came under attack, it said. The ministry, meanwhile, claimed that Azerbaijani army units are fully complying with the armistice.